My post last week demystifying Call-Backs vs Click-to-Call vs Virtual Queuing got quite a bit of interest, so I guess there was genuine confusion about those terms. One comment I received was from a fellow at Virtual Hold Technologies (VHT) who wanted to correct my description of their product being solely “dial-in triggered virtual queuing”. He clarified that they support web- and mobile-based triggering as well. This led me to revisit their website where I was surprised to see a major overhaul.

Everything Is Now Part of “Conversation Bridge”

Gone are their long-standing product names “Concierge”, “Rendezvous”, “Encore”, etc. Instead, it seems all their features are now offered under a single product called “Conversation Bridge”, which they describe as a “multi-channel call-back solution”. In my opinion, this is a big improvement because I found the old divisions confusing.

They’ve positioned the product as “the solution to one of today’s most common and frustrating customer service problems: becoming stranded in a closed-loop self-service system with no bridge to someone who can help.”

I find this positioning really interesting because, when we pitch Fonolo, one of the objections we hear from companies is, “we’ve invested a lot of money in our self-serve systems … we don’t want to incent people to seek out a live agent.” I like how VHT’s positioning is pro-actively aiming at that objection. (Although I think there are reasons other than the “closed-loop” phenomenon to make an agent conversation as painless as possible.)

I can only speculate on what motivated the folks at VHT to make this big shift. But here’s my guess:

When Virtual Hold started in 1995 [!] they pioneered the concept of virtual queuing. They had the field to themselves for nearly a decade, as far as I can tell. (It’s not that easy to get info on what products were around that far back. Do you remember how fast your modem was in 1995? I had just upgraded to 56kbps and thought I was hot shit).

Fast-forward to 2012 where the major vendors of call center software technology offer a competitor to virtual hold, as an add-on feature. For example, Avaya has Callback Assist and Cisco has Courtesy Callback. To compete against them it makes perfect sense for VHT to evolve beyond simple virtual queuing. (They took this analogy quite literally with “The Evolution of Callback” diagram on their site.)

Sidenote: The fact that call center software is only now including virtual queuing – and still just as an optional add-on – is a perfect illustration of how slowly this industry has been moving, especially in comparison to the web world. It’s like they’re just getting to HTML v2 (Now with BLINK tag!).

Mobile Is Driving Everything

Smartphones, quite simply, have taken over the world. For today’s Gen Y consumers, the smartphone is the first step in the pursuit of customer service. If the issue can’t be resolved there, the next step is to try via desktop browser and, as a last resort, dial the company’s number. (After first complaining on Twitter, of course.) 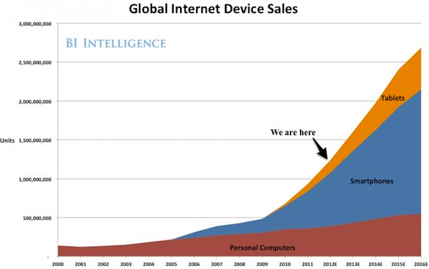 Companies are finally realizing this disconnect and are seeking solutions to make smartphones smart about how they interact with the call center.

I think Fonolo deserves some credit for raising awareness of this phenomenon early-on and releasing our trendsetting mobile solution in 2010. 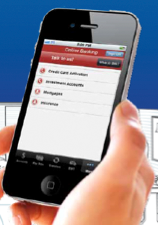 VHT’s new site is a bit lacking on deep information on the product. That’s probably coming down the road. For now, I have to assume that their solution still consists of premise-based equipment that connects directly to the IVR/ACD.

The advantages to a premise-based solution are:

The alternative is to offer a cloud-based solution, which solves all of the above problems. Fonolo has taken this approach with our product, which offers virtual queuing triggered from web widgets, mobile apps or inbound calls to the IVR/ACD. There is no mention of a cloud-based service on VHT’s site, but I have to imagine it is on their roadmap somewhere.

The cloud-vs-on-premise issue segues directly into the topic of pricing. Since VHT didn’t publish pricing, I assume the old model, where prices start around $100k, is still in place. (Caveat: I don’t have any official info, just what I know second-hand. VHT, feel free to correct me in the comments).

Their pricing is a direct result of each implementation requiring hardware and professional services and, to the best of my knowledge, is roughly in line with the offerings from Avaya and Cisco (neither of them publishes pricing either).

Here is where you really see the advantages of a cloud-based approach. With no equipment to deploy, Fonolo can offer flat-rate pricing (starting at $99/mo!) and next-day implementation.

To be clear, I’m not saying that $100k is too much to pay for virtual queuing. We’ve done implementations in that price range and the ROI is absolutely there. Rather, our flexible pricing makes virtual queuing available to smaller companies who otherwise would have been priced out and it means that larger companies can start small and grow as needed.

Again, there are definite advantages to a premise-based approach; however, I’m willing to place my bet on the cloud approach because ultimately, it offers such compelling pricing and flexibility.