Mobile E-Commerce will Leave the Call Center Behind 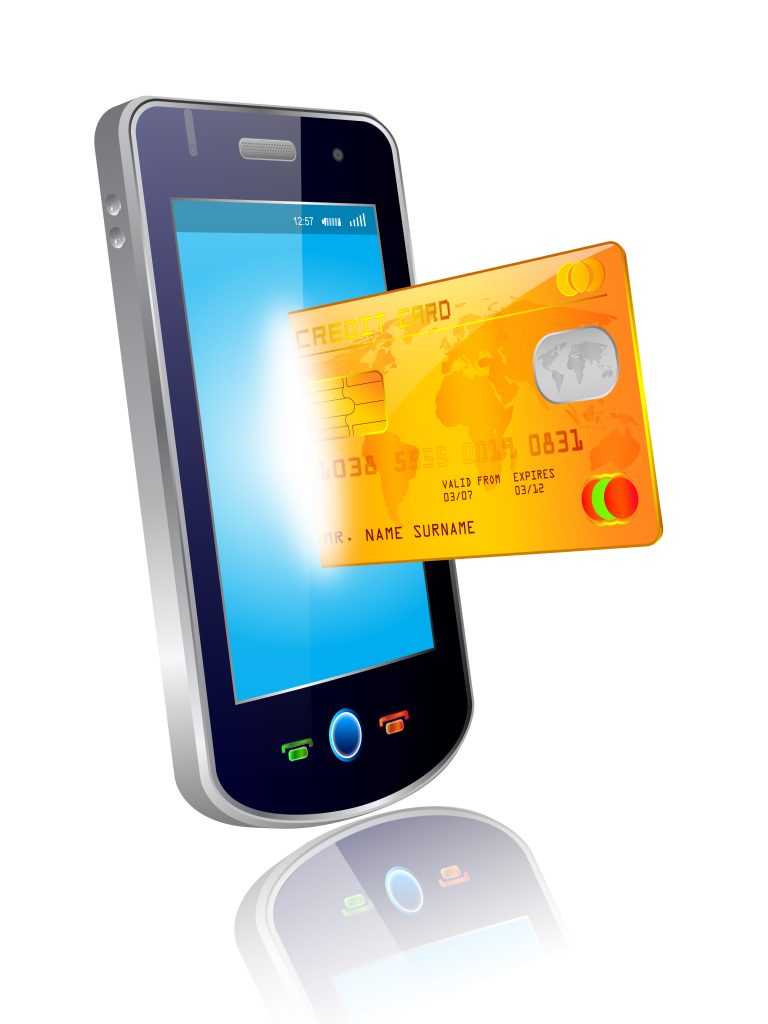 Mobile e-commerce continues to grow at a remarkable pace, as confirmed by several reports that came out this summer. Forrester estimates that mobile commerce accounted for roughly $10 billion in sales during 2012 and they predict mobile will account for a 7% share of all e-commerce by the end of 2016.

ABI Research predicts even more aggressive growth, saying that mobile will account for nearly a quarter of all e-commerce by the end of 2017. (Read more in TechJournal.) Business Insider reports that mobile sales made up 6.6% of “Cyber Monday” sales in 2011, more than double the percentage from 2010.

The signals are clear and smart retailers in all sectors have already been investing heavily in a mobile presence.

ABI’s John Devlin commented, “Mobile is now transitioning from what was initially viewed by many as a retail experiment to a viable component of a full-blown multi-channel offering.” In relation to consumer awareness and online bargains, Devlin states that the retail sector needs to “… a) differentiate from the competition, b) be seen to be offering value, and c) [offer] an enhanced need to increase consumer engagement and interaction. Mobile helps to fulfill all of these criteria.” Read more here.

Ironically, phone-based support is being left behind

With the spotlight on the smartphone, it’s ironic that phone-based support continues to persecute the customer experience. With all the advancements we’ve seen in technology, survey after survey tells us that consumers continue to cringe at the thought of interacting with companies over the phone.

Unsurprisingly, the IVR is at the root of that disdain. Despite the powerful interface of the smartphone, most companies still force people through the old “press 1 for this, press 2 for that” routine in order to reach an agent. In a recent poll with 2,000 respondents, 66% said that the IVR experience hasn’t changed or has deteriorated compared to ten years ago. (The survey was conducted by New York University and commissioned by Interactions Corporation). Read more here.

According to a 2011 Forrester Research, 77% of potential customers who abandoned an online purchase, cited the inability to speak to someone as their primary reason for leaving. (That’s from this article by one of my favorite VC bloggers Mark Suster. The whole thing is worth reading.)

Ovum released a study where several thousand people were asked the question, “When reaching out to customer service, through which channels have you had the most success resolving your issue on the first attempt?” In other words, they wanted to know which channel was best at delivering “first call resolution”, a metric that most call centers use as a top indicator of performance. The “Live operator” channel beat everything else by huge margins. See my post Why Focusing on Voice is the Key to First Call Resolution.

Furthermore, Forrester reports that the overwhelming majority of consumers (81%) prefer phone support, far ahead of email (33%), the next most popular channel. See Omar’s post “The State of the Call Center 2012” for more. 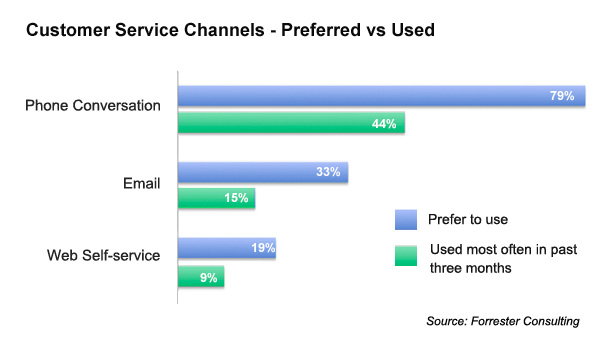 When you add this all up, the conclusion is clear: There is a large and growing need to make phone-based support work – and work well – in the context of mobile e-commerce. In other words, the call center experience needs to get dragged into the 21st century.