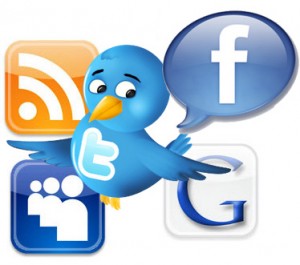 87% of Americans don’t use Twitter at all, according to a recent Pew study.

As you read in yesterday’s post, I’m on a panel today at ITExpo called “Don’t Waste Your Time with Social“. Certainly a provocative title! That might seem contradictory given all the time we spend talking about social media here — you know, the webinars, the whitepapers, the blog posts, the Twitter feed. Well, I didn’t have any say in the name of the panel but there is an important truth behind it.

The simple fact is that Twitter is still used by only a tiny fraction of total consumers (as per that Pew study). Hence its real impact on customer service is smaller than we think. Sure, it seems like it’s taken over the world but here are three factors distorting our view.

First, if you’re reading this blog post you’re clearly part of the early-adopter group. Furthermore, you’re probably involved in customer service, call centers, or social media so you have a specific focus on this area. As a group, we share with each other data that confirms the importance of social media, and we tend not to look for data that points the other way. (This is called “confirmation bias”.)

Second, Twitter’s impact seems large because we see it involved in headline stories about celebrities or politicians. Indeed, for those groups, it has been a real game-changer. But that shouldn’t be confused with how the average person uses (or rather, doesn’t use) Twitter.

Third, every company is urging us to follow them on Facebook or Twitter, on commercials, on their website, on billboards, even on pizza boxes. But all this tells us is that companies think they can get good marketing ROI from this channel. (Many companies do it to keep up with the Jones’). Again, don’t confuse that with utility for the average Joe.

Time for some cold water

When it comes to customer service, only a small percentage of consumers turn to social media. If Pew tells us that only 13% of people have ever used Twitter, the population that uses it regularly must be a really small fraction.

Studies continue to confirm that the voice channel is the most important factor in customer satisfaction. See my recent posts Why Focusing on Voice is the Key to First Call Resolution and 3 Charts that Show the Voice Channel is Still King.

But that’s not the whole story

Social media impacts customer service in two ways. The first is as a new channel for communication. That is, Bob tweets Acme about his problem instead of calling. The second is as a channel for feedback. Bob has a bad experience with Acme and tweets about it.

It’s that second one that has real power today. Those gripes (or compliments) are posted publically, permanently archived and searchable so a single bad interaction can drag down a company’s brand and haunt it for a long time. A great example of this is the torrent of complaints about waiting on hold. (See OnHoldWith.com for a live feed.)

Social media is changing customer service, but slowly. It’s real impact today is that it amplifies ­– for better or worse — the customer service experience that a company is already delivering.