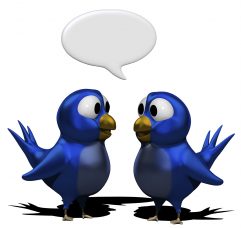 Ever since companies started using Twitter for customer service, I’ve had an uneasy feeling about it. I’ve used Twitter myself to communicate with companies, with generally good results: my questions were answered and my complaints were addressed. There was certainly a cool factor to it. It *felt* like I was “beating the system” somehow.

Here’s the catch. Shifting from one channel to the next doesn’t change the amount of resources a company has to handle customer service. In the early days of “social customer service”, only early adopters were using it, so the few people a company assigned to “Twitter duty” could keep up. But, what happens when the word spreads that you can get faster service from tweeting vs. calling? Will this system scale?

What we’re seeing today is the end of that early adopter phase for Twitter. The masses have caught on that you can tweet complaints and requests. So now we find out if the system will scale.

Companies that want to keep up with Twitter requests will have to start allocating people away from phone duty. (Assuming there is no budget for new hires.) If they don’t, “wait times” on Twitter will start rising to the point that it loses its advantage. But if they do, then there’s a negative impact on answer speed for the phone channel.

Some companies are trying to avoid this hard choice with a third option: automated responses to tweets. Unsurprisingly, the results are poor. Here are 3 recent data points:

A recent article on NBC News was titled appropriately “Companies alienate customers with Twitter bots, scripted responses“. They cite an example with Bank of America:

“Last month [@BofA_Help] repeatedly responded to a vitriolic cycle of foreclosure criticism with robotic-sounding, ‘Please let us know if you need assistance,’ messages. Public embarrassment soon followed. When an account called @OccupyLA wrote, ‘You can help by stop stealing people’s houses!!!,’ @BofA_Help responded, ‘We’d be happy to review your account.’ ”

I wrote last week about the abysmal experience one person had trying to get help on their site. While this was a private text chat, rather than a public twitter conversation, it’s just as embarrassing.

As a side project, Fonolo runs a site called OnHoldWith.com which “rebroadcasts” tweets of people who are complaining about being on hold. Its goal is to amplify the complaints and shine a light on alternatives like call-backs (which Fonolo provides as a cloud-based service).

As companies respond to these tweets, it’s clear that many are not reading the message at all. Here’s a recent – and very typical – example:

What Does it Mean?

In hindsight, this was an inevitable consequence of using Twitter as a customer service channel. Now, I’m not saying to ignore Twitter. We’ve said many times on this blog that you have to be on the channels where your customers are active.