Is Customer Experience Worse in the Age of Twitter? 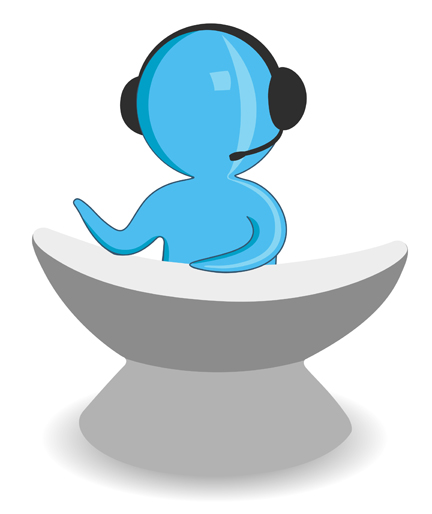 The impact of social media on customer service has been addressed on this blog many, many times. To put it simply, customers have been given the power to publically shame a company whenever they have a frustrating experience, and that has put pressure on call centers to deliver a better customer service experience.

Although Fonolo isn’t explicitly a “social media” product, we have benefited greatly from this added pressure. Since the call center is a leading cause of those frustrating experiences, companies are attracted to our call-back solutions which make connecting with an agent less painful. In fact, we’re guilty of “stoking the fire” a bit with our side project onholdwith.com, where you can see a live stream of tweet-gripes from people stuck on hold.

Many people have hailed this phenomenon as a beneficial shifting of power back to the consumer. But recently I’ve started to wonder about its downside. If we take a hard look at the big picture, is it possible that Twitter is a net negative on customer experience?

As companies have scrambled to adapt their customer service department to handle social media, the primary motivation has been fear. Fear of getting an online black-eye. Many companies have done a great job setting up dedicated teams and finding the most efficient ways to respond. But at what cost? What other customer service projects were delayed? How many agents were transferred from phone duty to twitter duty? Has this been in the best interest of customers?

Overall Satisfaction is Down

Consumers continue to be dissatisfied with contact centers, according to multiple sources. Take for example, the recent study from CFI Group which notes a 10% drop in their “Satisfaction Index”. The top complaints remain the same: long hold times, “starting over” when calling an agent, repeating information between agents, annoying phone menus. These complaints have been around so long, the analysts must feel like broken records.

While these complaints go unfixed, companies have instead poured effort into tweet response teams. Let’s look at the result.  Here is screen grab I just took from the American Airlines feed: 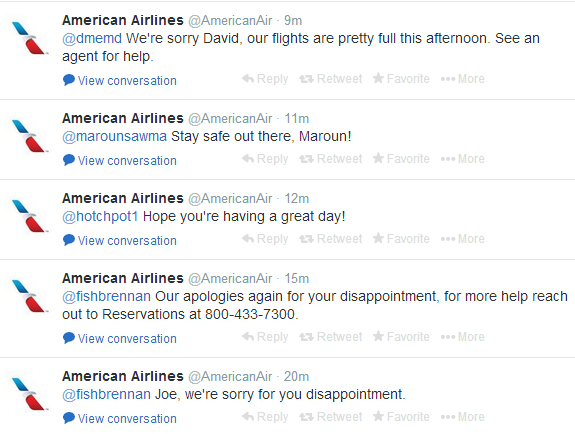 For travellers having trouble, I don’t doubt that getting an apologetic tweet from the company does help defuse some anger. But is this emotional benefit a worthwhile trade-off if the cost was longer hold-times at the call center?

As you look through the tweets note that meaningful interactions – those that will actually help a situation – are still directed to the phone number. And that’s really the heart of the issue: These tweets between company and consumer — while pleasant — remain low-value interactions.

I too recently tweeted an airline when my flight was delayed and I quickly got a “We’re sorry” response. I admit that it felt nice, but then I tried a little experiment: I tweeted the same message to several other airlines. They all apologized too even though I didn’t even have a ticket on their airline! This is the epitome of an empty gesture.

The surveys and the analysts all tell us the same thing: Delivering good customer experience requires maintaining context between channels, mapping the “customer journey”, anticipating needs based on previous transactions, etc. Twitter conversations are the opposite of all this.

It’s all About Opportunity Costs

Is there value in using social media as a channel for customer service? Of course there is. But the question is how much? And, more specifically, how much in relation to making other channels better?

In many cases, contact centers took on the added burden of social media response without added budget or personnel. Surely other aspects of the customer experience suffered as a result.

I certainly can’t blame companies for focussing on this area. There was basically a loaded gun pointed at the company’s brand. Social media “fails” have become easy fodder for journalists. But I have to wonder, what improvements might we have seen by now if this threat had not absorbed so much money and attention over the last 5 years?

I know this is controversial stance. If it has you fired up – either for or against – join our Google Hangout next week where a panel of industry analyst will debate this exact point. You can also participate by tweeting (yes, I see the irony) your comments to the panel in real time.