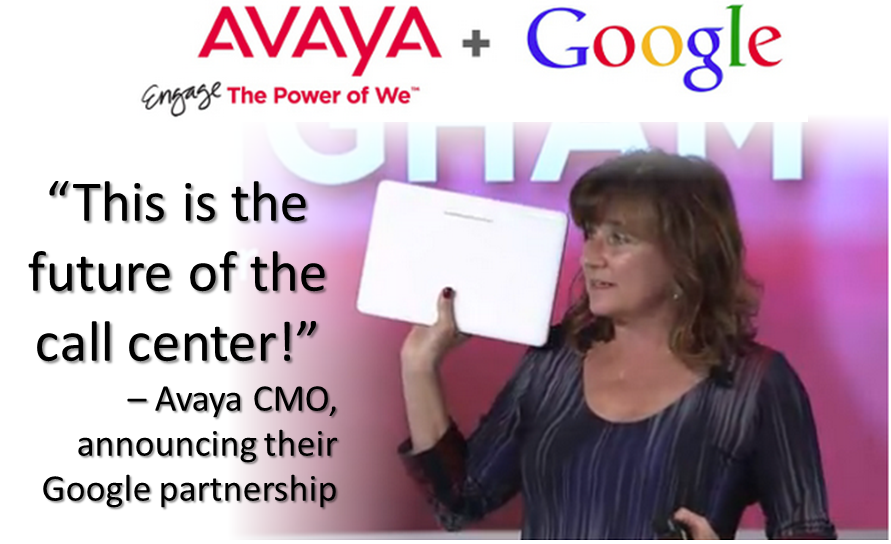 On Thursday, Avaya held a major analyst event (called “Avaya Engages”) to make several announcements and paint a picture of their roadmap. It was an invite only event, so most people only have the accompanying press releases as a source of information. Luckily, the analysts in attendance were tweeting prolifically and that gives the rest of us much greater insight.

Avaya covered a lot of topics during the event – this post is definitely not an exhaustive coverage of them. I’ve rounded up some of the tweets from analysts and divided them by topic. Hopefully this will serve as good launching point to explore other resources that are out there.

This industry is really fortunate to have a large and engaged analyst community, and we’re big fans of that here at Fonolo! So much so that we’ve been publishing an annual list of top analysts, as a way to help others in the space learn and follow thought leaders. Last week we published the 3rd installment of that list, and you can get it for free right here.

Avaya’s new CMO, Andy Cunningham gave what was probably the most intriguing announcement. With, dramatic flare, she held aloft a chrome book and declared, “This is the future of the call center”. (See the image above)

What she was referring to is “Avaya Agent for Chrome” which is an agent desktop application, developed in partnership with Google. It is a WebRTC-based browser application version of Avaya’s contact center software, which can connect to Avaya’s Aura Call Center Elite.

Analyst Dave Michael, who wrote “WebRTC is for losers“, was quite impressed:

Avaya provides “Mayday” type service – people like to see you but don’t like you to see them – one way video needed. #avayaengages — Blair Pleasant (@blairplez) December 10, 2014

However, their sandbox for experimenting with the platform will still be called the “Collaboratory”. I guess “Engagementory” was a bit awkward.

The new SnapIns with the Engagement Development Platform helps UC fulfill on the vision of CEBP http://t.co/U85npLkXaE #AvayaEngages

Think of Engagement Development Platform as a way to get the rapid prototyping and deployment of a Twilio-like platform, but built for enterprises that need large scale, premise-based infrastructure behind the scenes.

Over the last few years, the analysts have been quite tough on Avaya for being behind on embracing the cloud. The executives on stage definitely wanted to meet that criticism head on. Seems like they are winning over some of the analysts.

Here’s what Sheila McGee-Smith had to say:

We are going to start saying sentences that have both “Avaya” and “cloud” – not something we did often last year. #AvayaEngages — Dave Michels (@DaveMichels) December 11, 2014

A big part of the transition to cloud is the selling model: OpEx instead of CapEx. To that end, the licensing model for Avaya’s cloud strategy is pretty central.

In summary, it looks like Avaya put on quite a show and drew all the right people. Just look at this picture from twitter (posted by Charlie Isaacs). That’s a solid row of brain power: 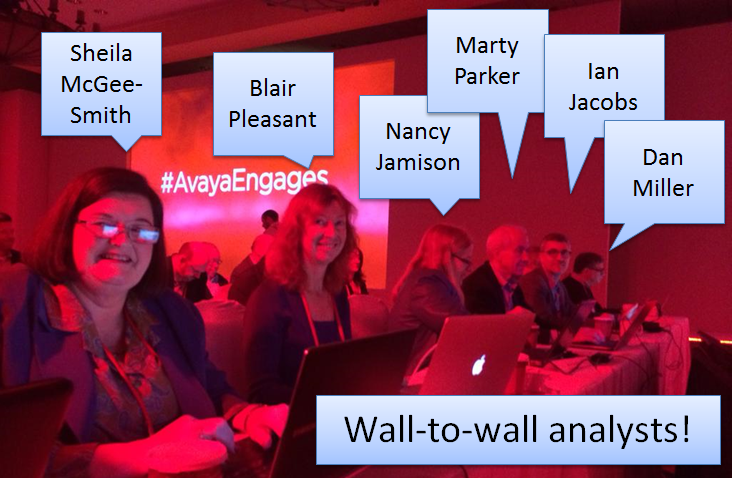 I expect to see a number of blog posts in the next week with deeper analysis. The big question will be: Did this event have enough impact to get analysts truly excited about Avaya? 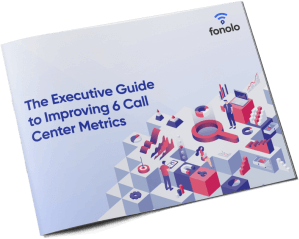