How to Calculate Occupancy Rate in a Call Center

Occupancy rate is basically a measure of how “busy” call center agents are when they are at work. It is sometimes referred to as “utilization rate.”

You might think a simpler measurement like “call per hour” would answer this same question. But as is often the case with call centers, things get complicated quickly.

In this post, we will look into how the occupancy rate is calculated, what value it adds to the vast mix of call center metrics and the problems that can arise if it is used improperly.

If you like this type of post, you should check out our other posts on call center metrics such as

What is Occupancy in a Call Center?

Occupancy Rate is the percentage of time that agents spend handling customer inquiries vs. waiting for calls (idle time).

It’s the most common measure of how busy call center agents are dealing with customers. For example, if your call center has an occupancy rate of 90% yesterday, that meant that your agents were handling customer enquiries for an average of 54 minutes out of every 60.

It’s rarely calculated on an individual level; typically it will be looked to determine which times of day, week, year etc. will require more agents, and often ties closely in with ASA and service level calculations.

Why is Occupancy an Important Call Center Metric?

Occupancy Rate, combined with Service Level, can tell you if your staffing level is set properly for any given amount of time. But what about occupancy on its own? It is best used as a predictor of “agent burn-out”.

How to Calculate Occupancy Rate

Calculating occupancy rate isn’t as simple as it might seem.

Consider an agent who is engaged in call-related work for 45 minutes during a 60 minute period. He has an occupancy rate (or just “occupancy”) of 75%. That’s pretty straightforward.

However, we need to look deeper into the phrase “call-related” which is the numerator of the fraction. We have to include more than just “talk time”, because sometimes agents are on hold during the conversation, waiting on another process. We also need to include work that happens after the call to “wrap-up” the transaction. This is also called “After Call Work” (ACW).

Defining the boundaries between ACW and other non-call work can be tricky. It’s important to limit this to work that is directly related to that particular call, and exclude general non-call work. This is the same thinking that goes into calculating “Handle Time”. The image below illustrates this well:

In fact, a common way to calculate occupancy rate is to add up all the handle time during the defined time period. Average handle time is typically calculated as Talk Time + Hold Time + After Call Work  / Total Calls.

For more on the topic of average handle time see this post.

But, what about the denominator? We want to count how much time the agent was theoretically able to work. Many contact center systems will report “Available Time” for an agent, which counts the time an agent was logged-in but not on a call (sometimes called “Idle Time”). Armed with this number, we have our first way to calculate the occupancy rate in your contact center.

The most widely accepted formula for Call Center Occupancy is:

One danger here is to make sure that “Available Time” does not overlap with ACW time or on-hold time.

Other call centers are set up to report “logged in” time for an agent. We can use this instead of handle time if we can subtract away all non-call related activities. This time is often labeled “Aux”, “Misc” or “non-call”. That leads to an alternate formula:

The danger with this approach is to make sure agents are diligent in setting their status codes properly so that “Aux” covers all the appropriate time.

According to CallCentreHelper.com, the average percentage entered into their free online Erlang calculator from over 160,000 calculations is 83.3%. Most contact centers today aim for an occupancy rate of between 85% and 95%, depending on exactly how you measure it.

The Relationship Between Occupancy Rate and Average Speed of Answer

One topic that is frequently debated in call center circles is the complicated interactions between Occupancy Rate and another very popular call center metric: service level. Given the same number of calls with the same handle time, meeting a higher service level will yield lower occupancy rates and vice versa. Lowering your target service level means fewer agents are needed, which raises occupancy. 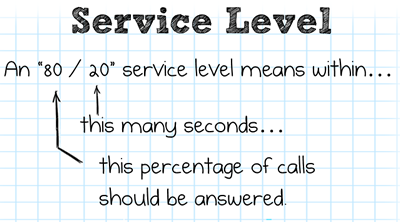 Be careful to make sure your center-wide occupancy is aligned to your ASA target. As speed of answer improves, occupancy will fall and vice versa. Setting a speed of answer goal that is incompatible with your occupancy goal will just lead to poor performance in both respects.

One danger was already covered: looking at occupancy as a guideline for staffing without also considering service level.

Another danger is confusing occupancy with “Schedule Adherence”. They are similar metrics, but not interchangeable. This can lead to serious mistakes in forecasting and staffing. (Perhaps the topic for a future blog post.)

At the end of the day, your WFM team could have provided forecasts, schedules, intra-day reports, etc … and it all is just noise if the agent isn’t plugged in and taking calls when I need them there. Otherwise, agents can undermine all that work from WFM by failing to be adherent.

Finally, there is a danger in confusing occupancy with productivity. One agent may be able to write-up a summary or send an email faster than another. In this case, the “after call work” would be less and yield lower occupancy for the more efficient agent.

If you’re using occupancy in your call center, you need to make sure you’re tailoring it for your specific circumstances, resources, and customers. 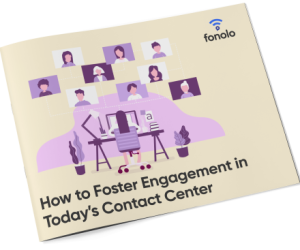 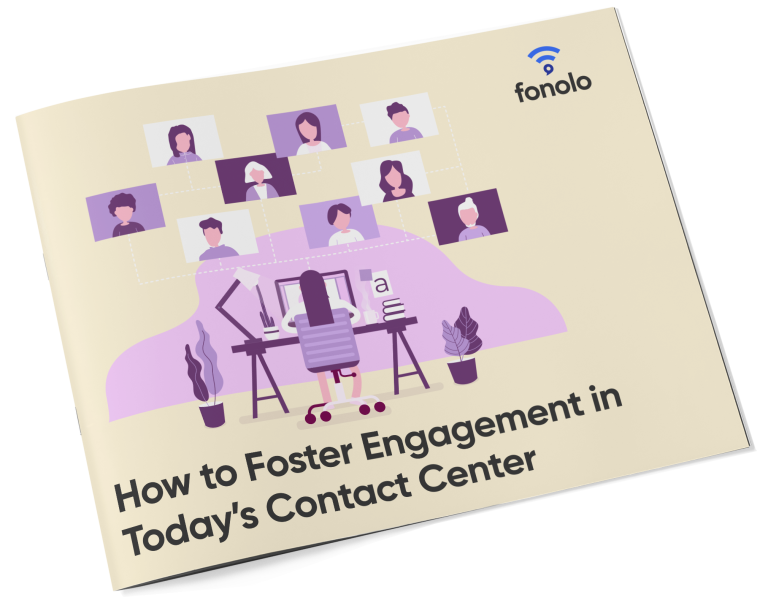