Is a Call Center Just a CRM Feature? 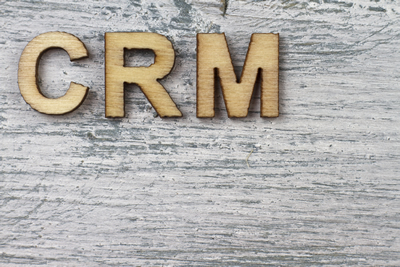 Is the call center destined to be just a CRM feature? Or is it the other way around? Which is the cart and which is the horse?

There has always been an overlap between CRM and call center systems. For customer service to function correctly both sides need to work closely together. But over the last decade, the line between the two has been increasingly blurred. It now seems safe to say that the CRM vendors will reap the benefit of this blurriness. Let’s see why this is the case and what it means for the big players in our industry.

How Did We Get Here?

A decade ago, the technology for telephony and voice was complicated and obtuse. Building and maintaining call center software was a domain restricted to those with a specialized skillset. Call center folks didn’t need to defend their turf because they had significant technical barriers to rely on, supplemented by the fact that call center platforms were closed, proprietary systems.

Steadily, those barriers have dropped. First, voice switched from analog to digital and then to VoIP which meant that much of the arcane telephony equipment was replaced with standard IP networking gear. Then PCs became powerful enough to do media processing and routing so, again, specialized hardware was taken out of the picture. Next, regulatory changes created a market of telecom resellers that allowed anyone to buy a phone number and – more importantly – use that number for inbound and outbound calling with cheap per-minute rates. Finally, a new breed of companies emerged– now called “CPaaS” for “Communication Platform as a Service” — that made all the basic telephony functions available via web-style APIs. 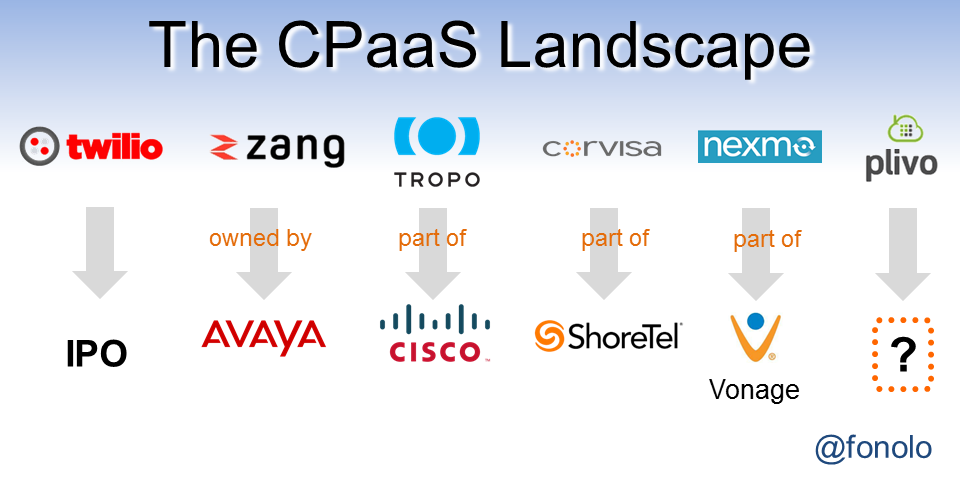 The emergence of CPaaS meant that any web developer had the skills to be a telephony developer. In other words, telephony became accessible to a much larger group of people… probably a hundred-fold increase. This, predictably, unleashed a torrent of creative voice-based (and, later, SMS-based) innovation. It was only a matter of time before the barriers surrounding the most complicated voice application (call center) crumbled.

You can list the specific functions that “belong” to a CRM system next to those that “belong” to a call center and get general agreement throughout the industry. You can see an example in the image below which is adapted from a presentation by Five9. 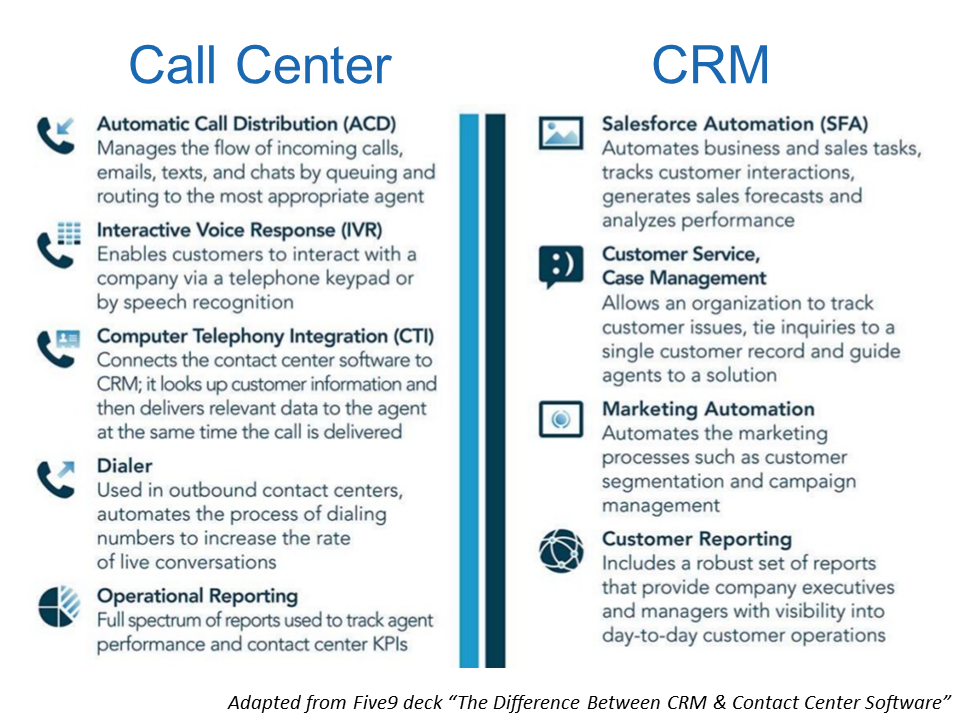 But today, you’ll find that many CRM systems can do the functions from the call center column and vice versa.

A great example of how these two columns are getting cross-pollinated is an offering from Zendesk (a cloud CRM company) called Advanced Voice (built using CPaaS Twilio). More here.

Voice is Now One of Many Channels

The lowering of the tech barrier is only half the story. The other half is that voice has changed from being the only “non-local” channel for customer service to being just one of a growing constellation of channels: web, social media, email, chat, etc.

As the importance of these non-voice channels grew, there was an open debate. Should a company handle them by extending the call center or by extending the CRM system? The fact that CRM systems like Salesforce were quicker to switch to a cloud approach with open APIs, compared to the slow-moving call centers, meaning that CRM won this toss-up. Thus the takeover began.

Who Will be the Leader?

If the center of gravity for customer service technology shifts from call center vendors to CRM vendors, it’s logical to conclude that the latter will win at the expense of the former. And indeed this is being seen in the market today.

Analyst Sheila McGee-Smith wrote in 2014 that “Salesforce and Oracle may eventually be the leaders in the customer experience space — not in the three-to-five-year timeframe, but perhaps within ten years.” That prediction appears to be spot-on.

Earlier this year, Salesforce announced “Lightning Voice” which “will empower reps to connect with prospects faster with click-to-call, auto-logging of calls, and call forwarding to take calls from anywhere.” Right now Lightning Voice is limited to outbound, but if it expands to inbound, every call center vendor is under major threat: Avaya, Cisco, Genesys, Aspect, Five9, InContact, Interactive Intelligence. (Their combined call center revenue adds up to around $4B annually.) For more on this, see my earlier post, “Salesforce has many fingers in the Call Center Pie”.

We learned this week that the Avaya’s private equity owners, frustrated with falling revenues, are now reported to be looking to sell the company. And Oracle has been rumoured, more than once, to be a likely buyer. The subservience of the call center to CRM will be a continuing trend for some time.