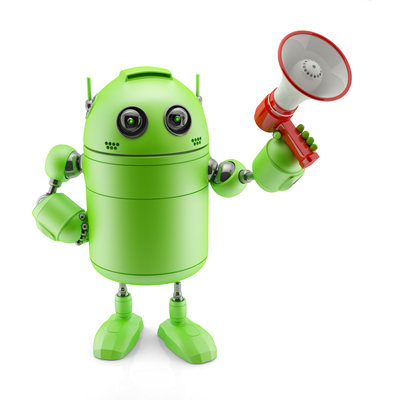 Like the seasons following each other, the hype cycle is part of the natural order in technology land. When #BotMania went thermonuclear in May, it was only a matter of time before the disillusionment set in. Then comes a wave of blog posts, like this one, explaining why.

A backlash is often caused by out-sized expectations (Remember “Segway will be bigger than the internet”?). That’s certainly part of this story. But there’s an equally important factor this time: poorly defined vocabulary. We shouldn’t feel too bad, though. The customer service industry is changing rapidly causing new words to enter the conversation, and existing words to morph in meaning. (That’s why we’re putting out the New Customer Service Lexicon. See Part 1 and Part 2.)

What is a Bot?

The term “bot” is extremely broad; it can refer to any system that offers a dialog-like automated interaction. The IVRs that form the gateway to most call centers (“Press 1 for sales…”) could be called voice-based bots. Siri is a bot. Texting a donation to the Red Cross is a bot. You get the picture.

Strangely, the term “bot” or “Chatbot” had not been popular in recent years. The resurgence came in April, when Facebook announced that it was opening the Messenger platform to bots, VentureBeat declared “The Chatbot Gold Rush is Here” and TechCrunch called it the most important launch since the App Store. But this week, the head of Facebook Messenger platform, David Marcus, admitted that bots are overhyped and underpowered.

Let’s go through some of the extreme expectations placed on the shoulders of the newly-born bot species:

Because examples of bot interactions focused on how people could type requests in plain language, the discussion got mashed up with the topic of AI and Natural Language Processing (NLP). Take this quote from Recode: “the technology that powers bots, artificial intelligence software, is improving dramatically…[can] process language… and actually converse with humans.” No! A bot is just a style of interface. It could be powered by cutting edge Deep Learning AI algorithms or it could just be a set of If-Then statements. These are unrelated paths of technology. (And, incidentally, the simple-minded bot might actually be the more useful one.)

In terms of understanding plain English, there continues to be slow and steady progress with the technology of Natural Language Processing (NLP) but no sudden improvement has happened in the past year. 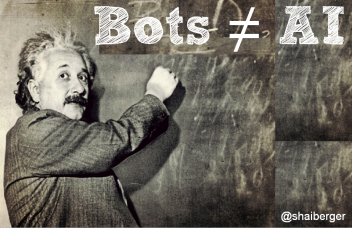 Expectation 2: An End to App Fatigue!

There are only so many apps people will install and use on their smartphones. If you have only occasional correspondence with, say, your airline, does it make sense to keep their app on your phone all the time?

The hope is bots will solve this problem by being available, on-demand, via messaging apps that are already broadly installed: Messenger, WhatsApp, Line, Skype, Kik, etc. This is actually a reasonable expectation, but we still have the problem of discovery to sort out. What will be the equivalent of the app store for bots? Will there be a separate one for each messaging platform?

China-based WeChat has been the center of attention both for rapid growth and for pushing the “messaging-as-interface” model further than anyone else. For WeChat’s 600 million users, it is not just a way to chat with friends, it’s also their primary gateway for interacting with, and buying from, companies. WeChat has leveraged popularity in person-to-person (P2P) interactions for expansion into business-to-consumer (B2C) interactions. So much so, that it’s more important for a new company in China to have a WeChat account than a stand-alone website.

It’s natural to imagine a similar trend happening here. Could this be the way Google’s SEO hegemony is finally toppled? Is this the start of a new era for the internet? (See Re/Code, Wall Street Journal, TechCrunch, GigaOm all speculating about this.) The embrace of bots by messaging platforms seemed like the opening move in this direction, but there’s no revolution afoot yet. Maybe that’s because WeChat’s success was driven by set circumstances very unique to China.

This is the dumbest interpretation of the bot phenomenon, promoted by some truly lazy journalists. I’m not even going to drop any links here, to avoid embarrassment. The idea goes like this: “Imagine not calling your airline to change a flight, just talk to the bot! We won’t need call center agents anymore! The era of waiting on hold is over! ” 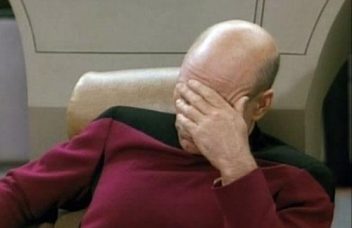 Look: Bots are a form of self-service, just like web forms and IVR. At best, everything you could do through previous forms of self-service will be available by bot.

PERHAPS bot-powered self-service will be better by cutting down some steps (But maybe not.)  PERHAPS bot-powered self-service will be more “discoverable” (as per item 2 above). But, given a particular business process (e.g. changing a flight), if it requires a human today, it will still require a human after adding bots. If a company puts in the effort to make a business process “self-serviceable” then it should be available via a bot, but also via other channels, like a web form.

And if you want to eliminate waiting on hold, there are already ways to do that.

The conversations still leave something to be desired… bots use simple decision-tree mechanisms, and can’t easily understand context or intent… essentially messenger versions of the interactive voice response systems that we’ve all come to hate.

What The Guardian has learned from Chatbot

A lot of users responded as they would to a human, and when they got non-human responses, they’d stop using it…

Are chatbots helpful? An eCommerce quest to buy pants

The AI used its nimble wit to avoid my questions. Did it think I was not worthy of H&M? Or was it loathe to admit that it, too, did not know where the H&M bot had gone?

…a minefield of mismatched expectations

The current backlash is a natural response to the initial hype.  Despite that, bots are destined to play a big part in the customer service landscape. Note that startups in this space have raised over $170m in 8 months. Just remember: Bots are a new delivery channel for automated self-service. They join a long menu of current channel choices that are jockeying for budget and attention: web, mobile app, social media and phone. They will bring their own pros and cons to the party. Now that we’re past the hype cycle, it’s time for companies to roll up their sleeves, build useful bots, and see if customers prefer them.