Will We Always Need Call Centers? 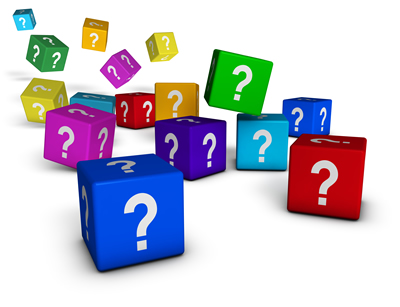 The recent renaissance in self-service has been driven by several factors. First, the past 20 years of online commerce have allowed us to hone the technology and techniques for making good self-service interfaces – first on the web, and then on mobile devices. The art and science of building good user experiences (UX) has become a mature profession. Second, the smartphone revolution brought that UX to everyone’s pockets. Third, the majority of today’s consumers are very comfortable with these tools and actually prefer them to human interaction. (The younger they are, the more strongly they prefer self-service, so this bodes well for the future.)

The growing popularity and effectiveness of self-service imply that its counterpart, human-assisted service, i.e. the purpose of call centers, is on the decline. Sure, there are some transactions that still require an agent, but if one extrapolates from current trends, isn’t it reasonable to assume that eventually, all interactions will be self-serve? Does that mean centers are headed for obsolescence, like floppy disks and 8-track tapes? Not so fast.

Why Does Anyone Still Call a Contact Center Agent?

Every self-service implementation has its limits: there are edge cases that require speaking to an agent. When users hit these “dead ends” it’s important to manage the hand-off as smoothly as possible, maintaining as much of the context as possible. (Call-backs are a great way to do this.) The worst thing to do is to make the user start over.

But why have dead-ends at all?

Sometimes it can be baffling why a certain interaction didn’t “make the cut” for self-service. I fly Air Canada frequently so I’m very familiar with their customer service quirks. For example, you can’t book online if you’re flying with a child under 2. Why? I called and the process was totally normal and the agent couldn’t tell me why human assistance was required. That doesn’t seem like such a rare situation. (For more such examples see No, I Don’t Want to Call You by Dave Michels, which partially inspired this post.)

Perhaps you’ve run across such strange dead-ends in your own interactions? I’d love to hear about them in the comments.

What do these gaps tell us? Since agent-assistance is so much more expensive than self-service, shouldn’t they all be eliminated? Are they last hold-outs on the path to “self-service nirvana”? I think the answer is no.

Here are a few theories on why we won’t see “perfect coverage” with self-service:

There is some cost to adding and maintaining each option, and when you get to the edge cases, the associated savings via reduced call volume isn’t worth it.

Products, services & policies are always in flux, so you end up asymptotically approaching perfect “self-service nirvana”.

3) Preserving Simplicity of the UX

This is one I can respect. Adding every option to the interface is going to hurt usability at some point. It’s better to do a good job for 99% of cases. Good product managers always talk about how important it is to say “no” to new features. So the mix of self-serve / agent-assisted is a balance of those two forces.

Large organizations just have a way of getting trapped doing things in sub-optimal ways. Maybe they contracted out a certain type of support call to a BPO and it’s a 3-year deal they can’t get out of. Maybe the call center manager doesn’t want a category of calls to be offloaded because then their staff (and budget) will be reduced. This boils down to someone at the top like a Bezos or Hsieh being relentless about customer service.

Voice Calls Aren’t Decreasing After All 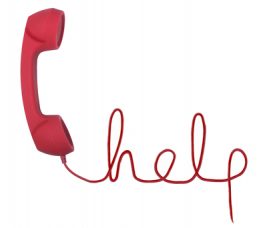 To add further perspective to this issue, let’s talk about the number of phone calls made by consumers seeking customer support. Given the growth of self-service, you would think that number would be shrinking, right?

While we can’t say anything conclusively, we actually have evidence that points in the other direction. See Nobody Knows if Voice is Growing or Shrinking and Is There Voice Shrinkage in the Call Center?

So the picture is more complicated than you might expect.

How can we make sense of an increasing amount of agent phone calls, while self-service is also increasing? One factor is that online purchasing means more interactions shift from in-store to some form of “remote” interaction: phone calls, emails, or other online channels. This counts for both the purchase itself and the subsequent returns or service.

Another factor is that new service channels make some transactions possible that didn’t exist before at all. Consider the Uber ride – the initial request via app, the potential phone call with the driver, the post-ride rating of the driver – these are all interactions that are “net new” to the universe. The transaction they replace, a traditional taxi ride, also has interactions – hailing the car, communicating your address, handing over cash – but they would be invisible to any accounting of “customer service behavior”.

Where does this leave us? Here are 3 broad conclusions that seem safe:

And finally, it seems safe to say no, the call center is not going to fade away.