Facebook Are Offering a Chat Platform. What’s the Catch? 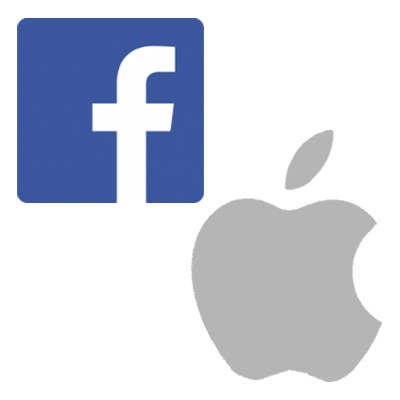 The “chat” style of communication, where two parties type text back-and-forth, is wildly popular with consumers. Companies are eager to embrace this popularity because A) it’s smart to communicate in a way your customers like and B) it’s less costly than call center agents.

Facebook, Twitter and, as of last month, Apple are all happy to provide a platform for that kind of business-to-consumer chat to take place. (We’re going to talk about Apple’s new offering in our live panel discussion next week. Be sure to tune in and direct questions to our panel of industry experts.)

These platforms are free for any company to use. But is there a catch? More precisely: Is the agenda of these for-profit platforms perfectly aligned with a company that wants to use them as a channel to talk to customers? Read on for discussion of that question and two related ones.

The fact that chat interactions can happen on several different channels (the company’s website, SMS, Twitter, Messenger, etc.) is both a strength and a weakness. It’s a weakness because: How does a customer find out if chat is available for a particular company and how to start a conversation? That’s the “chat onboarding” problem.

On this front, Apple’s Business Chat product has an unfair advantage: By integrating with Maps, Safari, Spotlight and Siri, it may have a definitive solution to the onboarding problem.

Apple does have a handicap, relative to Facebook and Twitter, which is that it’s limited to iPhone/iPad/Mac users. But this may not be a handicap at all. That demographic is concentrated in the US and among higher-income people which means it is, broadly speaking, the most interesting to the Fortune 500.

For more, I highly recommend this post by Brian Roemmele, who argues that this launch is “the most important iOS feature since Siri.”

The Dangers of an Unwritten Partnership

This idea of a “shared” channel is new to the world of customer service. For the last few decades, customer service was dominated by phone and email which were both channels that the company “owned”. The conversations were delivered by a phone company or ISP, respectively, both of which get paid for the “traffic” and act as “neutral” platforms.

Note the difference with messaging. When Company X uses say, Apple Business Chat, to converse with a customer, there is no fee paid to Apple. There is no vendor relationship there, instead there’s an unwritten partnership happening between Apple and Company X. Are both sides clear about what they expect from each other? 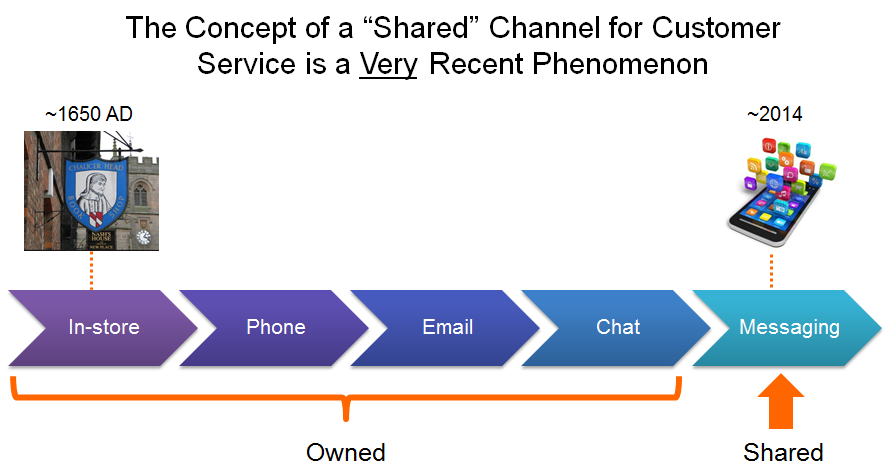 Is Apple, Facebook or Twitter (or any other platform) committed to being “neutral” the way the phone system is? For an example of how this can go wrong, look at the recent dust-up between China’s chat behemoth WeChat and Uber. WeChat was blocking Uber in order to help a rival ride-sharing company; one which is an investee of WeChat’s parent, TenCent. Consider all the business interests that Apple or Facebook have, and then think about all the ways a company could end up in an awkward situation. To be clear – there’s no evidence of any wrong-doing or ill-intention, but we would be foolish not to keep this angle in mind.

For more detail on this, including the fuzzy difference between “chat” and “messaging” see https://fonolo.com/blog/2016/01/is-messaging-the-messiah-for-customer-service/

The Bigger Picture of Conversational Commerce

Finally, let’s zoom way way out for a “big picture” question. Really it’s the big picture question for customer service: How are companies and customers going to communicate in the future?

For a while we thought mobile apps were going to be the new conduit. But then app fatigue became a limiting factor. Then we looked to China and saw WeChat’s total domination and thought,  “Who’s going to be the WeChat of the West?”

Then we got our “meta-assistants” like Siri, Cortana and Alexa – which started on smart phones and then migrated to desktop PCs and hot-selling stand-alone appliances – and it seems that will be the dominant model. (Apple’s Business Chat will certainly give Siri a boost in this race.)

Whichever model wins, there will be an impact on other forms of communication – in-store interactions, phone calls to call centers, email, mobile apps. And that’s going to keep the customer service space interesting for a long time!