First, some perspective: No $20 billion industry changes quickly. Yes, a growing fraction of call center seats are switching to cloud-based offerings. But Avaya, Cisco, and Genesys are still going to sell hundreds of millions of dollars worth of on-premise call center equipment this quarter (and for many quarters after that). Heck, there are still 300,000 Nortel-era CS1000’s powering 40 million phones out there. So there’s a lot of momentum to overcome.

As the cloud transition enters its second decade, we’ve grown comfortable with a modest pace of change. We expect vendors to gently sunset their on-premise products as the cloud alternatives shuffle forward. That cloud transition, once the great disruptor, is itself getting disrupted. Expect the pace to pick up. It’s a new era.

Declaring the start of “a new era” is always somewhat arbitrary, but it is still useful to pick a start-date, and I think this year’s Enterprise Connect is a solid candidate.

Why now? Well, the obvious thing that happened was the launch of Twilio Flex, their “programmable call center platform”. I’ve written a bunch on that, and they got plenty of press attention (deservedly), but I don’t want to over-emphasize that either. Just as significant were announcements from Nexmo/Vonage and Amazon Connect. See my earlier post Amazon, Twilio, and Vonage Lead the Way to Pure Consumption Pricing. 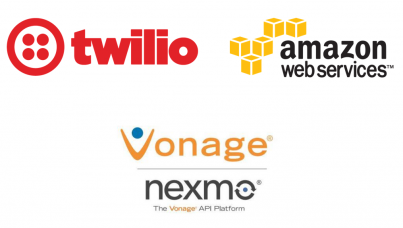 We debated this exact question in our live discussion last week with a great panel of industry experts. See video highlights here. Panellist Dave Michels was not as convinced that a big change just happened, claiming that the pattern of software being built on top of platforms has always been the case. I disagreed, saying that the announcements above, and Flex, in particular, amount to a “change in-kind” not just a “change in degree”.

These platforms will a) lower the barrier-to-entry for new products and b) lower prices. That’s going to lead to more competition and ultimately better products.

In other words, the difficulty of software engineering around voice was a constraint on innovation in call centers. (Engineers with those skills are limited and companies with the capital and appetite to build-from-scratch are scarce.) With that constraint removed, we could see similar pace of change that we see in other areas of enterprise software.

This is an established pattern in the software world, beautifully explained in the video The World Through APIs by Martin Casado of A16Z. (They list Twilio as one of their examples.)

What could this world look like? Just look at what happened to marketing software. In 2011, there were only 150 different marketing technology solutions, now there are thousands. Why the explosion? Platforms removed a lot of the engineering constraint, so that hoards of start-ups were free to pursue every combination of product design, pricing strategy, and industry segment, in search of a niche. 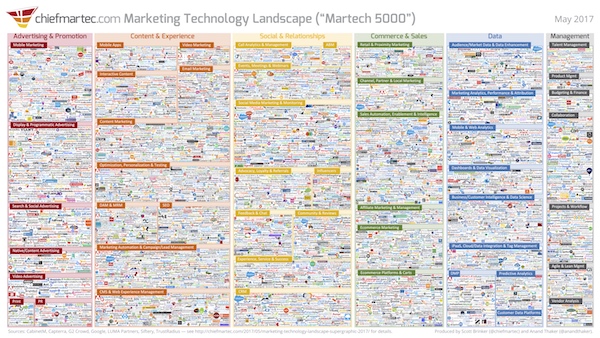 I’m not saying this kind of tsunami is headed for the call center world – or even that such an extreme is desirable – but this is the direction it’s going. On one hand, we have new platforms like Flex & AWS, combined with the low cost of telco and, on the other, a growing need for call center deployments (yes, growing).

At the risk of belaboring the point: You can now be a call center company without hiring any voice engineers. Anyone with a unique “take” on that category — a vertical focus, an alternate pricing model, a mash-up with other tools — can try it with little downside. We’re going to see a fine slicing-and-dicing of the call center category into a thousand shades of grey. 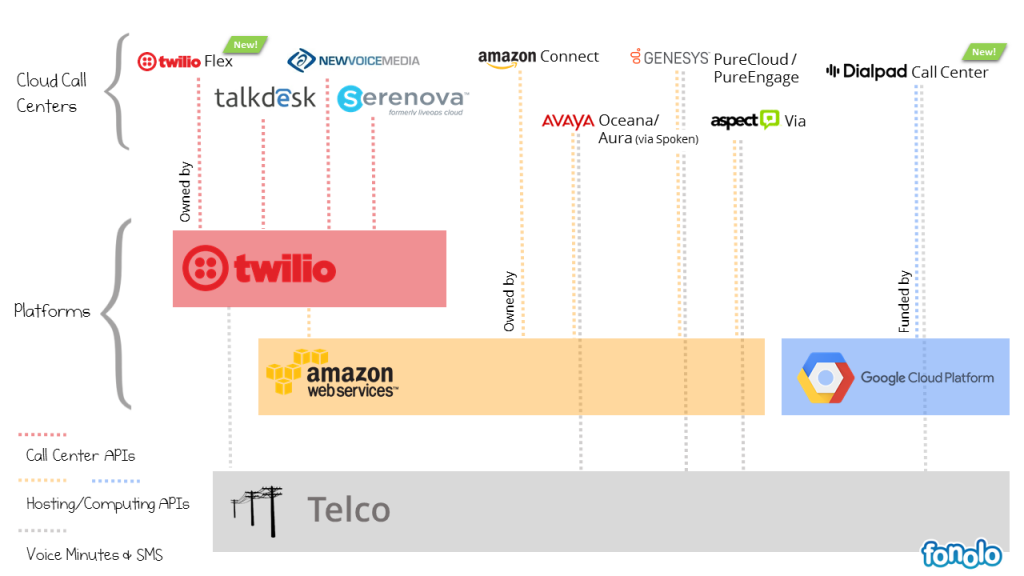