Why is Customer Perception Important? 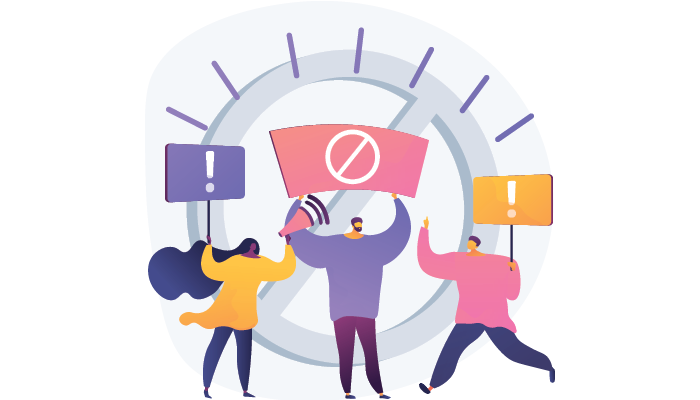 First, we’ll explore what customer perception is, before diving into some examples of why it’s so important.

What is customer perception?

The term, ‘customer perception’ is used to describe a consumer’s — or a group of consumers’ — feelings and thoughts about a brand. It’s the opinions and beliefs that people hold about your company. It is also often referred to as ‘brand perception’.
Customer perception isn’t just important — it’s everything. If you’re not investing in brand perception management, you’re putting your business at serious risk.. #brandperpception Click To Tweet
Public perception of a whole industry can also change — this has happened recently to the dairy and cereal industries. This type of trend is often generational and is usually caused by new information or technology.

There are ‘Two Tiers’ of Customer Perception

There are two tiers or ‘levels’ of consumer perception. First is your customers’ subjective perception. This is determined by their personal experience with your brand and is the main influence on what they think and feel about your company.

How to Manage Customer Perception: A Complete Guide

The secondary level is your brand perception — your public image. This is influenced by your branding, your marketing, what people say about you online, news stories, etc. All these can be powerful tools; but only if your customer experience matches up to your public image.

Why is customer perception important?

Brand perception is crucial because your brand is dictated by how the public perceives your brand, whether you agree with them or not.

Customer perception is even more important for small businesses because larger corporations can usually absorb the costs of damage from a PR disaster. Smaller businesses may struggle to do this without repairing the damage to their reputation first.

That said, small businesses do have an advantage in their ability to control the damage. It’s one of the reasons why responding to bad reviews — and resolving them — can have such a positive impact. People are willing to forgive brands for making mistakes and want to support local brands. Just make sure you do fix them!

Personal experience is the key factor that influences how customers perceive your business. In 2020, 84% of customers said that the experience a company provides is at least as important as its products or services.

There’s an important implication to these findings: your customer experience could be even more important than your product.

Unless you are a monopoly — there are almost always several comparable products available in the market. If they have a poor experience, customers will simply go elsewhere. But this isn’t the only reason.

As social creatures, we tend to share our experiences with our communities. These stories then become part of the group consciousness, which drives consumer perception.

In 1920, this might have meant a village butcher closing because someone noticed they were mixing sawdust into their sausages.
Unless you're a monopoly — there are always several comparable products available in the market. If they have a poor experience, customers will simply go elsewhere. #brandperception Click To Tweet
In 2020, it could mean your company value plummeting, plus a loss of investors and customers after one particularly poor customer experience goes viral.

We see the real impact of this on brands every day thanks to onholdwith.com, which aggregates Twitter complaints from customers waiting on hold.

Here are the ten companies we found with the worst phone waits last year — and the biggest damage to brand reputation.

Here are a few more examples to illustrate the power of customer perception, and why its importance should not be underestimated:

United Airlines is one of America’s favourite companies to hate. As if an internet classic about poor luggage handling wasn’t enough, they’ve also been accused of killing people’s pets, being racist, and dragging people off their planes when they’re overbooked. Horrific stuff. And it sticks: people still comment “dog killers” on United Airlines Facebook ads.

6 Secrets for Boosting Customer Satisfaction in the Contact Center

It’s hard to put an exact figure on how much this has cost the company over the years, but it must be to the tune of hundreds of millions.

Granted, the air industry is one of the toughest for service due to its logistics. But it’s easy to link the drops in United’s stock price with the various public outrage events over the last two decades. The accumulative loss from those is staggering.

The Saga of the Spontaneously Combusting Smartphones

Not too long ago, I was boarding a transatlantic flight in Gatwick when the check-in hostess added “Samsung devices” to the list of hazardous items not to be brought on the plane.

How’s that for a PR disaster?

Due to the spontaneously exploding nature of the Samsung Galaxy 7, EVERY SINGLE AIRLINE PASSENGER was being asked to trade in their brand-new Samsung smartphone for a different brand at the airport shops before boarding.

The short-term damage from this debacle was at least $5 billion. A hefty wound even to a company of Samsung’s size. The damage to brand reputation — at least in the smartphone market — will be a drag on profits for years to come.

Pan Am probably would have survived the 90s if they hadn’t been perceived by the world as the “All American Airline”. Their massive debt from poor purchasing decisions in the 1970s would probably have been resolved through the 90s boom.

Instead, Pan Am caught a double-punch from customer perception that was the final straw. First, their “American-ness” made them the target of the Lockerbie bombings. To make matters worse, public opinion swung against Pan Am’s: their security was judged negligent, which dealt the blow.

While huge PR disasters and social media outrage tend to get the most press, a gradually declining brand reputation is often more damaging.

Many household brands have been toppled due to a decline in customer perception. This is often blamed on the actions of the company itself, which is fair. But it’s ultimately, the way those actions are perceived by consumers that determines their fate.

American Apparel is one recent example of this. A mix of an ongoing internal sexual harassment lawsuit, their controversial advertising policy, and failure to keep up with changing consumer desires saw the company file for bankruptcy after seven troubled years.

The once household name of Betty Crocker has seen a long and slow decline for many reasons, most of which are connected to consumer perception. Their failure to pay attention to what people perceived the brand was good at saw numerous failed attempts in other markets.