The Power of SMS Technology in Call-Back Communication 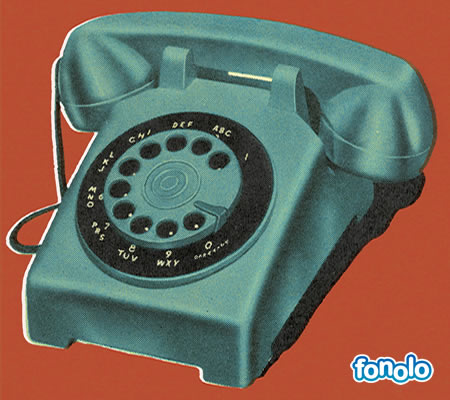 People are busy, often going from meeting to meeting at work, chasing after their kids, running errands, or out and about with friends and family. Moments when they have to get in touch with the customer service call center of a company is met with dread, because they don’t have the time or energy to call, wait on hold, and be passed around from one customer service agent to another to solve their problem. Sometimes, even a simple phone call can seem inconvenient, and the best way to stay up-to-date, or to communicate with a company, is through a simple SMS, or  Short Message Service, text message.

Here is why and how your company can implement simple, convenient, and effective SMS call-back technology into your customer service and call center strategy.  END_OF_DOCUMENT_TOKEN_TO_BE_REPLACED 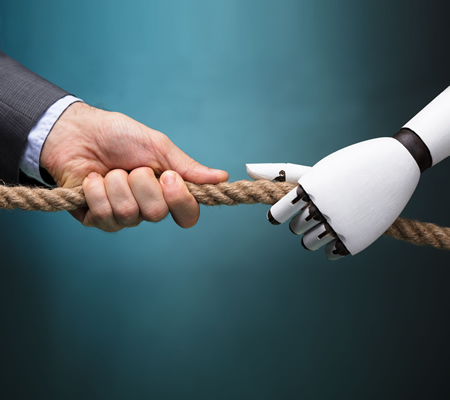 Last week, Fonolo hosted an insightful live discussion on the current state of AI and Natural Language Processing (NLP). The expert panel discussed how NLP relates to the general field of AI, the pros and cons of different approaches to NLP, and more. To save you some time, we’ve extracted video snippets showcasing highlights from the discussion.

END_OF_DOCUMENT_TOKEN_TO_BE_REPLACED

The Top 4119 Animals to Hire for Your Call Center 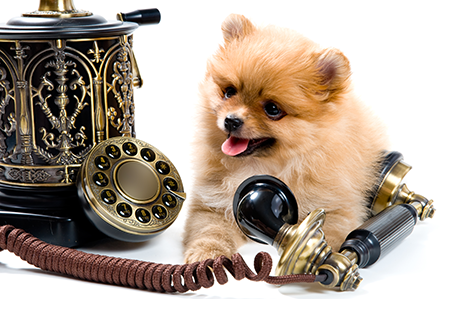 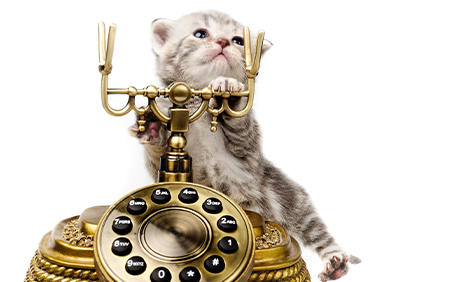 Here at Fonolo, we understand the many issues call centers face in regards to staffing, spikes, hold times, call abandonment, and more. That is why we’ve tasked ourselves to research the best solutions to deal with these problems head-on. While nothing can beat call-backs in improving your call center experience for both customers and agents, we are happy to announce the findings from our years of research.

You might already be thinking you know the answer:

Internet of Things?
No.

What is it?
Animals!

From furry to feathery, and everything in between, they are here to take your animal farm of a call center to the next level. Our latest report will show you how, now.

END_OF_DOCUMENT_TOKEN_TO_BE_REPLACED

How to Efficiently Manage Service Levels with the Right Technology [Webinar] 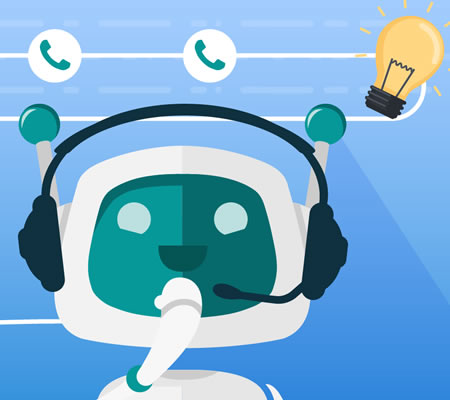 ‘Service level’ measures the accessibility of a company to their customers, and that company’s ability to manage call volume fluctuations and execute their staffing strategy. It is directly tied to customer service quality and is often a vital indicator of a contact center’s overall performance.

A declining service level can point to a number of issues: Poor scheduling; calls taking longer than expected; unplanned call fluctuations; and much more. On the other hand, if a contact center’s service level is improving, it’s usually a sign that the right technology, optimal agent scheduling, and accurate call planning are in place.

How can contact centers better manage their service levels? Leveraging the right technology can go a long way in improving a less-than-optimal service level and,  as a result, the overall quality of customer service. From optimizing workforce management to enabling agent call-backs, managers and decision-makers who implement the right technology will reap the rewards.

END_OF_DOCUMENT_TOKEN_TO_BE_REPLACED

Many organizations now report that outsourcing decisions are no longer solely based on cost reduction, but to utilize value-added services that improve the customer experience. As the demand for outsourced call centers grows annually by 6%, it’s critical for BPOs to offer services that meet these growing expectations. The ability to offer callers the option of a call-back is a popular request from companies choosing a contact center BPO. To that you might ask, “Why are call-backs such an essential add-on, and how can my BPO benefit from offering this solution?”

Read this datasheet and learn the major reasons why call center BPOs can benefit from offering call-backs. END_OF_DOCUMENT_TOKEN_TO_BE_REPLACED

How a Call-Back Solution Can Fail Your Call Center 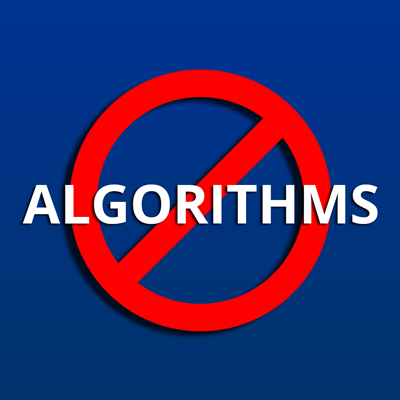 As a call center manager, have you ever talked about deploying a call-back solution? If so, you have likely discussed the types of call-back options available to you. Some have the feature built in to their existing call center platform, or can have it added through their software provider while others – who are looking for a more robust solution – typically turn to a third-party vendor. Regardless of the approach, there are two types of call-back methodologies in the market, and oftentimes the call center manager doesn’t realize the vast differences between the two. Before we get into that, let’s talk a bit about call-backs for those of you who are new to the idea.

END_OF_DOCUMENT_TOKEN_TO_BE_REPLACED

Although there’s a plethora of intelligent call center technology to take advantage of, many organizations still only have basic functionalities in place. For example, it’s rare that you’ll find a call center operation without an interactive voice response system (IVR), an automatic call distributor (ACD), computer telephony integration (CTI) or a workforce management solution (aka “the basics”). So, instead of discussing the solutions that you (should) already have in place, let’s focus on the ones that you likely haven’t implemented yet.

Here are 5 call center technologies that can greatly benefit the success of your contact center:

END_OF_DOCUMENT_TOKEN_TO_BE_REPLACED 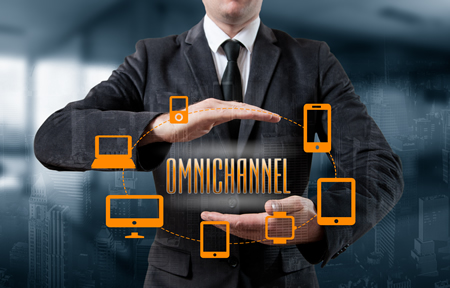 Having an omni-channel contact center is becoming increasingly important as channel options are diversifying and consumers are using more touch-points to interact with companies. Consequently, 87% of customers say brands need to put more effort into providing a seamless experience across all channels. In order for businesses to remain competitive, reduce customer churn, and drive sales, contact centers must optimize their cross-channel experiences. END_OF_DOCUMENT_TOKEN_TO_BE_REPLACED 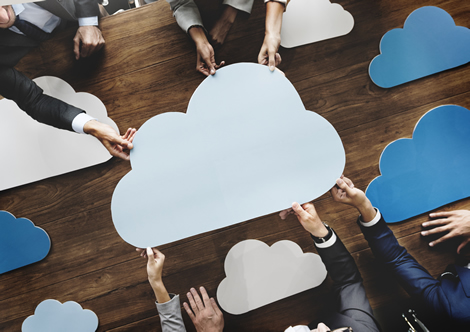 Most people don’t realize the impressive scale of the contact center industry. It accounts for one in every 25 jobs in the US! By some estimation, there are 14,000 call centers in the United States and over 120,000 worldwide.

It’s a growing industry as well. According to the Bureau of Labor Statistics, 2.6 million people had the occupation “Customer Service Representatives” in 2015. That number is up 17% over the past 5 years and 27% over the last 15.

For the last few years, this industry has been undergoing an extraordinary transformation. In the early 2000’s, running a call center through a cloud service was dismissed as impractical. A few years later, it was viewed as “just for the smallest call centers”, but by 2008 that argument was dead and the migration was in full swing. Between 2008 and 2012, the cloud market grew by some 224%.  Just between August 2014 and August 2015, total number of cloud seats jumped 49.9% (both data points from DMG).

What explains this remarkable shift? And what comes next? END_OF_DOCUMENT_TOKEN_TO_BE_REPLACED

At Fonolo, we’re always on the look-out for new industry research, studies, surveys and whitepapers. It’s the only way to stay current on the many aspects of the fast-moving contact center industry. No doubt you’ve noticed that the popularity of “content marketing” has resulted in a dramatic increase in the quantity of content from vendors, analysts and industry groups. Sadly, that’s made it hard to find the quality among all the fluff.

We’re here to help! Assembled below are 7 recent reports that we feel are worth your time. They feature original research and cover topics such as multi-channel trends, metrics, operational strategy, and much more. We are grateful to the authors (and sponsors) for all the insights and we’d like to pass along our recommendations to our loyal readers. END_OF_DOCUMENT_TOKEN_TO_BE_REPLACED