How the Smartphone will Finally Rescue Consumers From the IVR 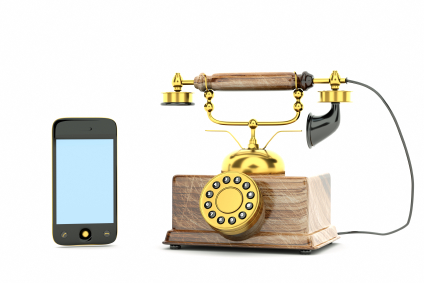 In last week’s webinar, I talked about how IVRs rarely provide a good experience for collecting information from callers or for navigating them to the right agent. I got a lot questions on that topic, so I thought I’d elaborate on it here.

The heart of the problem is that it’s hard to build a good experience when you’re limited to the telephone dial-pad, a spec that was never designed to be a navigation or data entry system. To its credit, the call center industry has squeezed a lot of value out of that interface over the last few decades. They had little choice! Finally, there’s hope. The smartphone is a real opportunity to move beyond the limitations of the dial-pad.

The Case Against IVRs

What’s the case against IVRs? First, people dislike them. Second, and more importantly, they aren’t that good at their basic job, i.e. they have a high failure rate in connecting callers to the right agent. In large call centers, it is typical to see 30% or higher misnavigation rates. In other words, one out of three callers either zero-out of the menu or pick the wrong option. That’s a pretty strong indictment.

It’s Not an Implementation Problem

There is a whole profession dedicated to designing voice user interfaces (VUIs) and those folks defend IVRs by blaming the problems on bad implementations. They will happily provide war stories of how their VUI designs were thwarted by pointed-haired bosses:

“Marketing insisted on adding promotional messages before the prompts.”

“Management decided to change which options were offered at the last minute.”

“Legal insisted on a ridiculously long disclaimer at the beginning.”

To be fair, the IVR pros that I’ve met are very dedicated and knowledgeable. The above complaints are all valid. But even in an ideal case, the IVR experience is unpleasant. We can’t escape the fact that we’re using an interface to do something it wasn’t designed for. The telephone keypad was not intended to be a navigation or data entry system. It was just designed for dialing numbers. For the last 50 years we’ve been trying to bang this round peg into a square hole. 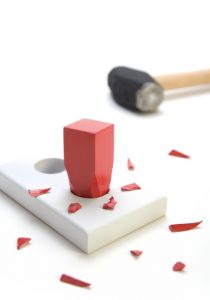 The design of the keypad (zero through nine plus pound and star) and the DTMF system (which assigned “tones” to each key) was set out in a spec in the 1950s. Take a moment to consider how much technology has changed since then. As a mental aid, here’s a picture of the best-selling car the year the DTMF spec was adopted:

If we could go back in time, we would certainly design this keypad differently. Even if we just added “OK”, “Cancel” and “Back” buttons, it would make a world of difference. But the DTMF spec is a case of extreme technology lock-in.

Smartphone to the Rescue

The latest numbers from Comscore confirm that the steady march towards smartphone domination is continuing. 234 million Americans age 13 and up use mobile devices, and 47% of them use a smartphone. As smartphones become ubiquitous, we are reaching a point where we can start to rethink our call centers with this device as the front-end.

The great news is that the nature of the smartphone allows it to be backwards compatible with traditional IVR as well as support rich, interactive, visual interfaces. Companies are already experimenting with how the advanced interface of the smartphone can be used to enhance the call center experience. In last week’s webinar (which you can watch on-demand) gave a few examples. (I included examples that use Fonolo and some that use other systems.)

Although spending on IVR systems is reportedly still growing, I think that trend will reverse in the next few years. Then IVR deployments will start to subside as web/smartphone interfaces become the dominant “front-end” to the call center. Ovum predicts “By 2016 36% of inbound customer service calls will be made from smartphones.”

It’s going to take a while, of course. IVRs will be around for decades. But taking the long view, what I foresee is that DTMF-based menus will eventually be something your company supports as a “legacy” system for a decreasing portion of callers.