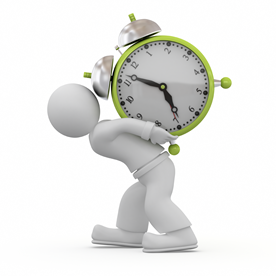 One of Canada’s biggest ISP’s, Rogers Communication, experienced a widespread outage in Southern Ontario in the early evening of Wednesday, January 9th, 2013. Media reports said that Rogers blamed the outage on bad weather. Regardless of what caused the issue, customers resorted to old-fashion phone support and were subjected to long hours of dreadful waiting.

Check out the stats from onholdwith.com, a site that captures live tweets from people waiting on hold. The chart below shows an obvious spike in complaints from Rogers’ customers during the period of the outage. Customers were furious to lose internet service and the frustration only grew as they waited … and waited …. and waited on hold! You can visit this site for more real-time stats. 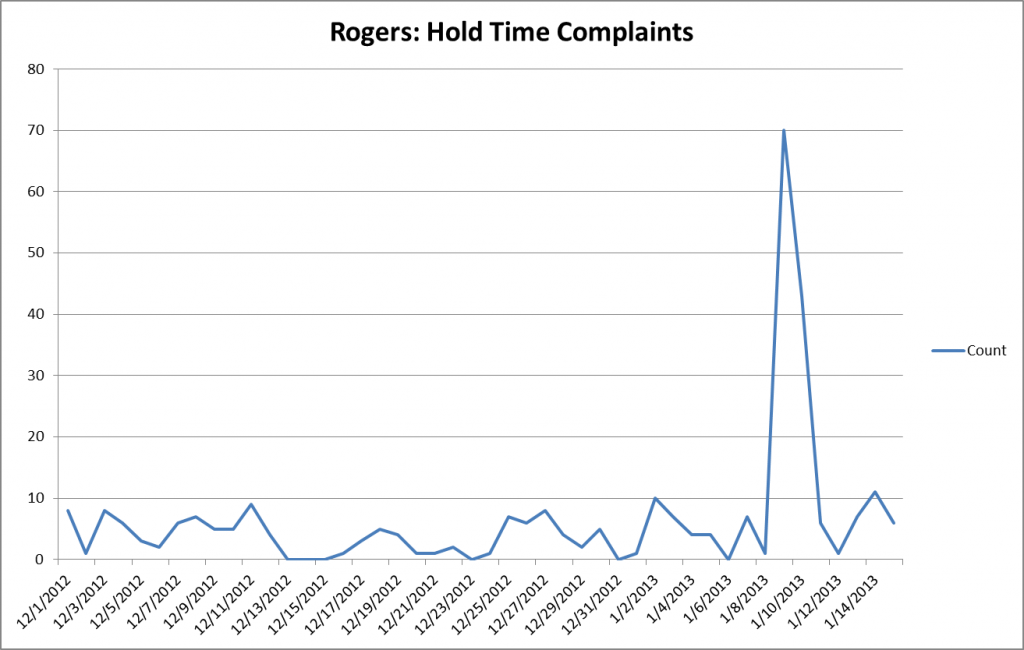 I’ll give Rogers credit for recognizing the influence social media has on customer service. Their @RogersHelps twitter feed was one of the first to inform customers about the outage. 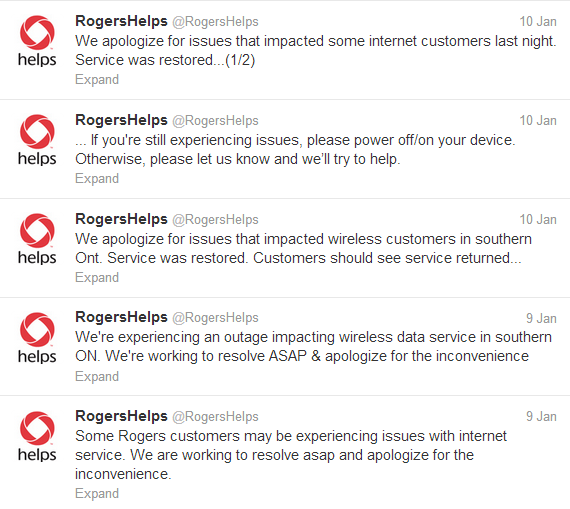 Although customers were back online early Thursday morning and despite Rogers’ attempt to help via Twitter, that didn’t stop customers from releasing their anger on Twitter. Many had threatened to switch providers, while others demanded compensation for lost hours of online productivity. When it comes to public complaints organizations not only have to consider losing customers, but also potentially facing a PR disaster. Like their internet outage, this was a widespread catastrophe that involved hundreds of thousands of customers! 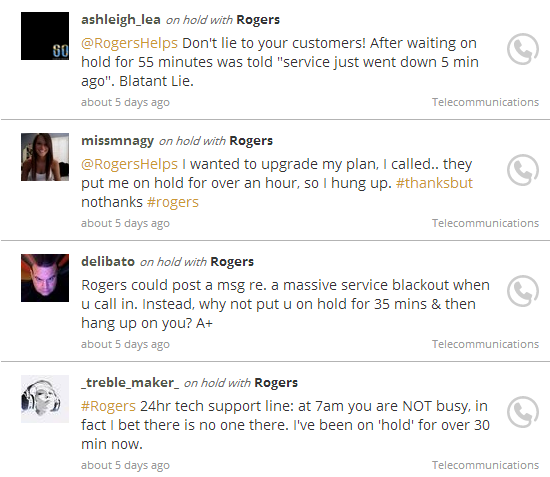 The spike in complaints spilled into the second day as well! 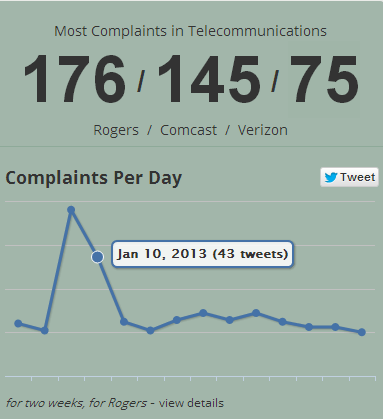 This isn’t the first time Rogers has experienced a widespread outage – and it’s definitely not the first time customers have flocked to social media to express their complaints. Recently, a Rogers customer, out of sheer frustration, recorded his phone call with customer service and posted the conversation on YouTube! The customer waited to receive a call-back – a call that never happened. Rogers clearly lacks in this technology, which is especially maddening when companies, like Fonolo, offer a simple call-back software solution at very little cost. 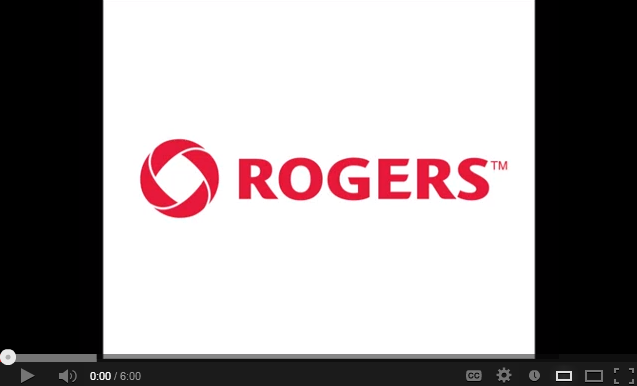 This is also the 5th call which I’ve been hung up on as it times out when they put me on hold. I asked the previous 2 representatives to put me in contact with a supervisor and they put me on hold, only for the line to go dead or reconnect with the operator. For the record, it has been 2 hours since this call went dead while I was on hold and I’m yet to receive a call back as promised.”

The Voice Channel is Still King

Phoning a call center can be an awful experience, but phone calls are still the most used medium for contacting support. Although customer service trends continue to evolve, consumers know that the most effective way of receiving an answer is through a live agent – despite loathing the call center experience.

The American Express Consumer Barometer study showed that outside of “Simple Inquiries” speaking to a live agent ranks number 1 (38%).

The obvious alternative to waiting on hold is requesting a call-back when the next agent is available. Fonolo’s solutions make this possible regardless of where the conversation begins – phone, web or mobile app.

This site provides consumers with a platform to post and discuss their annoyance. It catalogs tweets from people waiting on hold and alerts the offending company – ultimately giving consumers a voice. We’re hoping the pressure will motivate companies to make necessary that will improve the call center experience.