Speaking at OpenTalk Conference, Thinking About the Big Picture 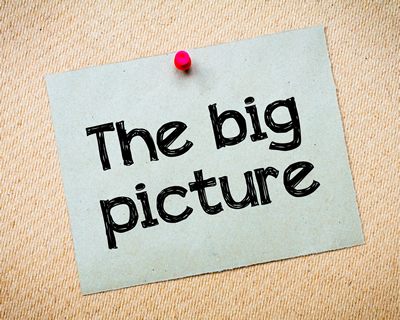 Fonolo is exhibiting this week at the OpenTalk conference, which is being organized by TalkDesk, the current rising star of the call center world. It’s an interesting time in the industry as upstarts like TalkDesk, RingCentral and Twilio steal the limelight from “legacy” players. This was nicely symbolized last month at Enterprise Connect, the industry’s dominant conference, where Avaya’s long-held status as prime sponsor was taken over by RingCentral and its keynote presentation taken over by Twilio.

We’re excited to be working with TalkDesk on some exciting projects, and in general to be part of the effort to modernize the whole call center experience. In fact, I will be speaking on a panel titled “Bringing Call Centers into the Modern Era”. It got me thinking about the historical arc that brought us to this moment.

The Evolution of the Call Center

The history of the call center is fascinating because the history of the phone system itself is so fascinating. Not to get too philosophical, but it’s really a wonder of human achievement that any phone on the planet can dial any other phone, despite huge variation in technology. And this whole system has been in continuous operation since the 1880s.

But, a curious flaw is that the original design didn’t contemplate the call center scenario. The phone system was designed for one person to call one other person, have a conversation, and then hang-up. But what happens at a call center — lots of calls come in to one place and then wait in line to be distributed among a group of agents — that simply wasn’t part of the design. So call centers designers have always had to be clever.

In the early days – going back to the 60s – it was real a “rocket-science” level of engineering effort to make a high volume call center work. We’re talking rooms full of equipment and wires. 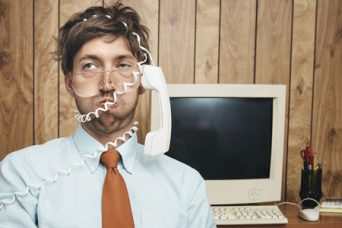 The fact that call centers were an after-thought explains why we’ve been stuck with a number of flaws. The system of putting callers on hold is a perfect example of that. There are much smarter ways to handle queuing, but they were technically impossible with the design of the phone system.

Fast forward to today, now that all of it can be handled in software, we’re finally fixing some of those long standing flaws, and it’s a really exciting time to be part of this industry.

With this history in mind, let’s look at where Fonolo fits in. Like all good start-ups Fonolo was founded on the premise of fixing a problem that needed solving. My co-founders and I didn’t come from the call center industry. We looked at flaws we encountered as consumers when we called companies. We filled a white board with them: phone menus are annoying… repeating information to agents… waiting on hold.

We chose to focus on fixing the problem of hold-time. This seemed like the place where there’s the most pain, and where the solution is the most obvious: replace hold-time with a call-back.

At the same time, we saw that the existing solutions were expensive and hard to install. Thus, In-Call Rescue was born and our mission became, “Make it so easy and so affordable, that it’s a no-brainer for every call center to add call-backs.”