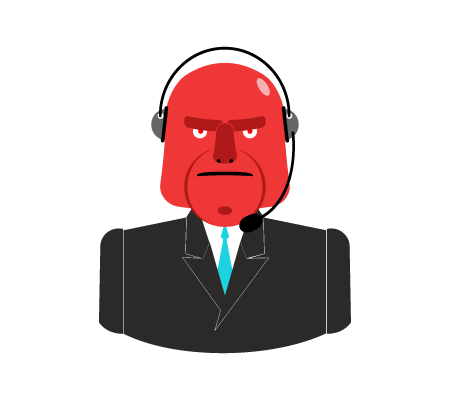 2020 was the year that companies finally realized that nobody escapes a call surge.

At first, we thought it would be unfair to measure companies in a crisis with the same yardstick we use in less ‘unprecedented’ times.

But then again, life isn’t fair. And it isn’t fair to keep your customers waiting on hold endlessly — especially during a crisis.

Everyone was affected by the COVID-19 pandemic. Some companies just responded to it better than others.

Let’s look at the worst companies to call in 2020.

Virgin has slowly but steadily been building its case for the worst company in this history of customer service.

While some may have claimed last year’s title a fluke, Virgin Media outdid themselves this year to stand head and shoulders above the rest as the worst company to call in 2020.

We’re impressed that you have beaten long-time hold time offenders Comcast and Verizon by such a large margin. Your lack of regard for your customers is truly unparalleled.

It’s even more impressive when you consider that Virgin only operates in the UK, and only has a measly 3.5 million customers, compared to Comcast’s 30 million and Verizon’s 90 million.

Here’s what their customers think:

Wow @virginmedia are awful. Close to 4 hours on hold over the course of the last 5 days, a week over my installation date, and still NOTHING.

And if I’m a new customer how do they treat customers that are already tied-in?#VirginMedia #Sky #Broadband

@virginmedia can you help me please I have tried for 4 days to get in touch with customer support, on hold for over an hour multiple times only to be cut off, online virtual chat with no replies I understand times are testing but 4 days without support is poor. Many thanks

That’s the number I’ve spent the best part of 8 hours on hold to!! Thanks for the help though, much appreciated ?

I’ve been on hold for 5 hours and
sent 7 tweets about the problem. At this point I really just want to end my contract – even with a penalty – and go back to Sky.

@virginmedia over 2 hours on hold to you on the phone then you cut me off??? Shocking! You can call me next time to sort my problem out! Useless ?? pic.twitter.com/Kh0LdGb4Sj

And we’ve got a feeling it’s going to be difficult to beat Virgin next year too.

Southwest sat at a disappointing 4th place in 2019 but turned it around this year. Yes, the fact that 75% fewer people were traveling may have had an impact. But given that there’s still two airlines in this year’s top-ten, we think they deserve recognition.

Every single airline and travel company was inundated with calls at the beginning of the pandemic. Some (EasyJet, Delta) simply abandoned their customers and continue to ignore them,.

Others, like Southwest, seem to have made a concerted effort to ensure their customers don’t continue to suffer.

Paypal appears to have worked very hard to drop their number, which we suspect might be even more significant considering the move to online. Good job Paypal! Many incumbent banks could learn from you.

We had to mention the United States Postal Service, who managed to deliver everyone’s packages and yet still significantly drop their number of complaints. We salute you USPS, you really are some of the heroes of the pandemic.

Chase Bank has perpetually been dropping in and out of the top 10, but this year Chase outdid itself. Totally unprepared for people to bank online (it’s only been happening for 20 years) Chase abandoned their customers in their time of need and won the race to 2nd place (nobody is going to beat Virgin, let’s face it).

@ChaseSupport On hold with your travel department for over 5 hours without hearing back. It’s 4:25am, my flight is supposed to leave in 3.5 hours but I don’t have tickets because the ticketing dpt forgot to issue them after a scheduling change. Help? pic.twitter.com/QsWDUC4tYN

No new entrants this year, so it looks like it’s just the incumbents who haven’t got their act together… two of the largest companies in the world, Apple & Amazon did great all things considered their volume, it’s impressive that they have fewer complaints from their billions of customers when Virgin Media can’t even service their measly 3.5 million.

Worst Industry to Call in 2020

The saddest part about writing this article is the realization that the companies that have the most power to deal with hold-times — and could do it at the lowest price — refuse to treat their customers with respect.

The telecommunications industry is hands-down the worst industry for customer service — particularly over the phone. Comcast and Verizon have led this charge for many years, and upstart offender Virgin has learned its lessons from them well.

At the least, we think Telecomms should be more honest. Their industry slogan should be something like, “We really really don’t care.”

In that spirit, here’s a selection of slogan rewrites to better reflect their values: