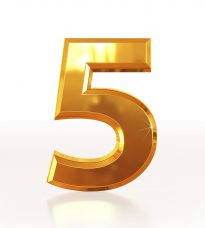 WebRTC, the new in-browser framework for real-time video and audio communication, is getting a lot of attention lately. Some people feel it has the potential to cause major disruption throughout the telco world. They figure: If every web browser can be a soft-phone or VoIP client, that’s a game-changer. Others see it as a neat technology that’s only an incremental improvement. They figure: Browsers can already do all of this with plug-ins, and while it’s better to be free of plug-ins, that’s a minor problem.

I wrote about WebRTC’s potential for the call center in an earlier post. Now here are five other posts that I find insightful.

What WebRTC Means to Telecoms

Alan produces a long list of possible impacts WebRTC could have. He believes PSTN will become “the communications path of last resort”, saying “as long as you’re data connected, communications are in the cloud, people need only break out to PSTN when the other person is not data connected, or the call quality is too low due to their internet connection.”

Hello Firefox, this is Chrome calling!

This one is “straight from the horse’s mouth”, written by the two guys leading the charge to implement WebRTC on the two most popular browsers. They write “In order to succeed, a web-based communications platform needs to work across browsers.”

The post includes a video of the “historic” first call between a Firefox and Chrome browser.

Why WebRTC May Not Matter

Dave leads the nay-sayers team. He points out what seems to be a brewing spat over the standard: “Microsoft, Google, and Apple don’t seem to be in agreement over WebRTC – therefore how, or if it gets implemented, is far from clear. Not included within the specification is any form of interoperability with the PSTN or even SIP, and it isn’t yet known if/when the standard will even be ratified.”

On WebRTC’s ability to reform the bad habits of the call center industry, he is also pessimistic: “One great customer feature is virtual queuing, that releases the caller from music-on-hold jail and instead … calls back the customer when the agent becomes available… WebRTC may make real-time communications easier on a technical level, but that doesn’t mean customer interaction will improve–because the barrier to great service has not been the technology.”

He also mentions Fonolo as a good alternative for virtual queuing — thanks for the shout-out, Dave!

When Will WebRTC Take Off?

Tsahi has written a really comprehensive series of posts on the topic of WebRTC.

If you want to go deep on this topic, this is a great place to start.

This post is the most bullish one yet, claiming that over 70 companies are already using WebRTC, 3 WebRTC acquisitions have already happened, and at least 2 carriers are offering WebRTC services.

How WebRTC Will Fundamentally Disrupt Telecom (And Change The Internet)

Dan sees WebRTC as a disruptive technology. His passion really shines through in this post as he draws a parallel between what the web did for documents online to what WebRTC will do to communications.

“WebRTC is about baking rich, real-time communications into the fabric of the Web and the Internet so that millions of new business models can emerge … unleashing the creativity and talent of the zillions of web developers out there and turning the Web into more than just a document-based model, but instead into a rich communications vehicle.”