So About that Call Center / CRM Collision Thing… 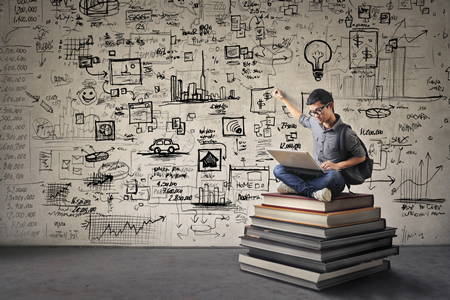 Last week Network World published an article called CRM and Contact Center are on a Collision Course. The collision thing is a good metaphor. In fact, what’s happening is a multi-vehicle collision involving CRM, Contact Center plus “Unified Communications” and “Customer Service Management”.  The boundaries between all four have become quite hazy.

We also don’t have a name for the superset of it all. Which means we can’t even say “X is disrupting the Y space”, because we’re not even sure what “Y” is anymore. (And actually, it’s hard to state cleanly what the “X” is.) A massive part of the technology landscape is in a flux and we lack good terminology to even talk about it! Let’s at least try to fill in those two blanks.

The “X” — the cause of the collision — is a drastic change in voice technology. A decade ago, delivering, storing and manipulating voice required specialized hardware and software. Engineers with the expertise to develop, install and maintain that technology were rare and, thus, costly.

The “voice-is-hard” barrier created a clean divide between the voice world and the non-voice world. A chasm separated call center from CRM or PBX from a chat server. That barrier also allowed companies on the voice side to build proprietary systems and keep prices high for both purchase and maintenance.

However, that barrier is gone now. Some people expressed that by saying, “voice became a commodity”. That captures the feel of it, but it’s not technically right. (Voice was always a commodity: purchased in bulk, mostly fungible, universally available.) Sometimes people say voice has gotten “cheap”. That’s also true, but actually confuses two things: the technology of managing voice with the raw minutes of phone time. (It’s like confusing the cost of wheat with the cost of running a mill.) Both have dropped, but its the former that is the “X” factor here.

In the Network World piece, I was quoted saying “the mystique” of voice is gone. I think that captures it well, but if you really want to boil it down, I guess there’s no better way to say it than, “voice got easy”.

Being “easy” makes voice technology kind of a “free radical” that can float around and bind to larger pieces of software wherever it fits: a billing platform, an HR application and, of course, CRM. So it no longer makes sense to divide applications along voice / non-voice lines.

Another casualty is the pricing power that voice technology companies used to enjoy. Buying a call center switched from being a hardware purchase to a software purchase and then to a cloud subscription. This has caused a massive reshaping of the call center industry, as evidence by last month’s bankruptcy filing by Avaya. 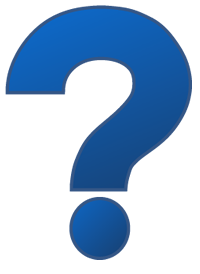 What is Getting Disrupted?

“Easy voice” is doing the disrupting, but what is it disrupting? Our old definitions of enterprise software categories are getting blended together. Some people now call the entire space “enterprise communication”. But that implies something that is internal to companies, thus excluding interactions with customers.

A further complication: Those consumer interactions now also include, for example, social media and even OTT voice via Facebook. In other words, voice and text interactions hosted by consumer internet applications are mixing with, and are on equal footing to, phone calls, emails and other channels that hosted on enterprise-owned applications. How can you find a term that is broad enough to include all this stuff?

I look at “CPaaS” as a way of absolving ourselves from the whole terminology game. “Communication Platform as a Service” companies (like Twilio, Tropo/Cisco, Plivo, Vonage/Nexmo, Avaya/Zang) offer individual functions of communications (e.g. sending a text, receiving a call, processing a DTMF tone) via an API on a simple pay-per-use basis. In effect, they’re saying: “Here are all the building blocks, assemble them however you want. We don’t care what you call it in the end.” It’s kind of a cop-out, but given our current transitional state, with little agreement on what to call things, it’s a cop-out I welcome.

Some other folks have tackled this topic:

Chris Vitek published, “How Salesforce Will Replace the ACD” 6 months ago on NoJitter. He got a bit of a shellacking for over-reaching on the title. You should definitely read the comments.

…if you thought you would always have automatic call distribution (ACD) from Aspect, Avaya, Cisco, Genesys, Interactive Intelligence, or Unify in your contact center, then think again — and start following Salesforce, because it is going to unplug a lot of these systems. At a minimum, the availability of these solutions from Salesforce will cause traditional contact center vendors to lose market share.

Speaking of Salesforce, I’ve focused on them specifically in two blog posts:

In The Rebirth of Interaction Management Nicolas deKouchkovsky (former CMO of Genesys, and Fonolo advisor) says,

The Contact Center market can no longer be looked at in isolation… Contact Centers are often used with Customer Service software…. CRM vendors have been eyeing the Contact Center space… Two adjacent industries, sales communications and customer success management, have been developing rapidly… As companies embrace customer lifecycle management and account based disciplines, we should expect bridges to be built between them.

So long as UC and the contact center are thought of as separate and unrelated worlds, you won’t see what’s possible when pulling them together.

By the way, Jon is on our list of Top Analysts Covering the Call Center. (2017 edition coming out soon!)