The Heist: Telecommunications Companies Taking the Power Back

Let us tell you a story.

Back in May, a Canadian company — Fido Solutions, which is owned by Rogers Communications Inc. — took steps to charge a small fee for its customer support services at its call centers. Yes: A service that used to be provided for free when customers paid their monthly bill just became billable. The new service fee, which costs $10, charged customers for simply calling in to make a payment, update contact information or payment method, or reset a voicemail password.

The decision to turn this unpaid service into a premium one was seen largely as a cost-saving measure, and as a way to improve customer service at call centers when overflow was occurring during peak periods. With most of those services available online, the company believed that it was easier to make small changes to customer accounts online as opposed to calling in to speak to an agent to handle them.

The response from customers? Vicious. They immediately rebelled — which was to be expected.

One user called the service fee a scam, saying that for the amount Fido charged each month, the extra $10 service fee “for a simple service call” was egregious. The company took a major hit from its customers trying to solve one problem by creating another one. Not only did customers rebel, but so to did the Canadian Radio-Television and Telecommunications (CRTC) authority, a governing body that keeps an eagle eye out for these kinds of scenarios.

As a result, the CRTC sent a letter to providers last May. “Commission staff is concerned that this practice may be inconsistent with the Wireless Code of Conduct,” the national regulators wrote. Providers were forced to answer a series of questions about each of their brands to determine whether the practice of charging customers for customer service calls was legitimate.

Questions from this exercise included:

The telecommunications company was expecting that people would adapt to, and use, the online and mobile technologies available. They were expecting a simple fix that could save some time for their users while helping them to profit off of those in need. But what was absent from their line of thinking is the understanding that many people still prefer to speak to a human being to handle their affairs. Customer service is a complex field, one that still demands face-to-face interaction and/or voice recognition. People still prefer a human touch; they want to know that they’re being taken care of. One customer summed up the issue in a simple, telling statement: “I can do anything online; it’s not a problem, but I like to call in.”

One of the laws of customer service is that every action creates a personal reaction. Another is that people are instinctively self-centered. At a time when DIY services are becoming more and more popular as companies shift away from service-based offerings, it’s still incumbent on companies to consider the impact the shift has on its customers. The business of charging users for customer service calls is likely a trend that will continue as technology continues to evolve. Our reliance on mobile and digital technology is going to continue to force companies to downsize their services and leave customers to troubleshoot on their own.

What’s important to remember is that those who struggle with technology still need the human touch. They still need someone they can connect with: A customer service representative that truly cares about their needs and aims to meet them. Even people who don’t have internet access could be dinged $10 just for trying to pay their phone bill. Customers with special needs were reportedly exempt from the fine, but the company doesn’t indicate how they will identify those people.

There is work to be done. If not, ultimately, it will be the customers who are forced to adapt and what’s worse, left to pay the bill. 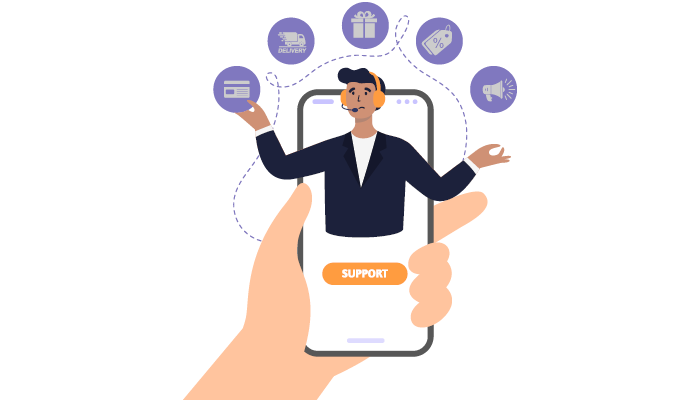 How can contact centers improve customer interactions during the most important retail season? We provide four ways you can get your call center into gear.