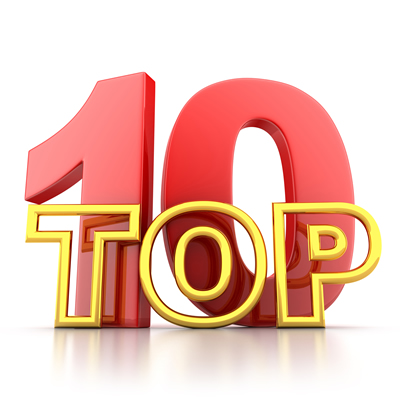 According to the 2016 Microsoft State of Global Customer Service Report almost half (44%) of global customers feel that it takes more effort for them, than it does for the brand, to resolve their issues. In the U.S. alone, it rises to 65%; in the UK, 72%. At Fonolo, we have a secret weapon for figuring out what companies are creating a social media frenzy of frustrated customers: onholdwith.com. The website tracks complaints on Twitter from people waiting on hold. Last year, we announced the ‘Top 25 Worst Hold Time Offenders of 2016’ and saw just how much this problem resonates with the American people. NBC, ABC 7on Your Side, turned to their community, and to the companies mentioned, to dig deeper into the issue. And we’ve turned this into an annual list; You can find this year’s worst companies to call right here. And we’re not done yet. Callers are still regularly experiencing long hold times and we won’t stop reporting until we put an end to this problem for good.

Today, we are releasing the ‘Top 10 Hold Time Offenders in the U.S. this Quarter’. This is a countdown of the top 10 American companies whose customers have taken to social media to complain about hold times, since the beginning of 2017.

The majority of complaints (40%) come from customers calling telecom companies, the remaining fall into retail (20%), financial (10%), government (10%), and delivery (10%). The most excruciating part of this report? We’ve reported these same companies because of their long hold times, but when questioned, many claim that hold times are not an issue in their contact centers. So, what gives? Do you deal with any of these companies regularly? How are their hold times? And do you think they would benefit from adding call-backs? We sure do! 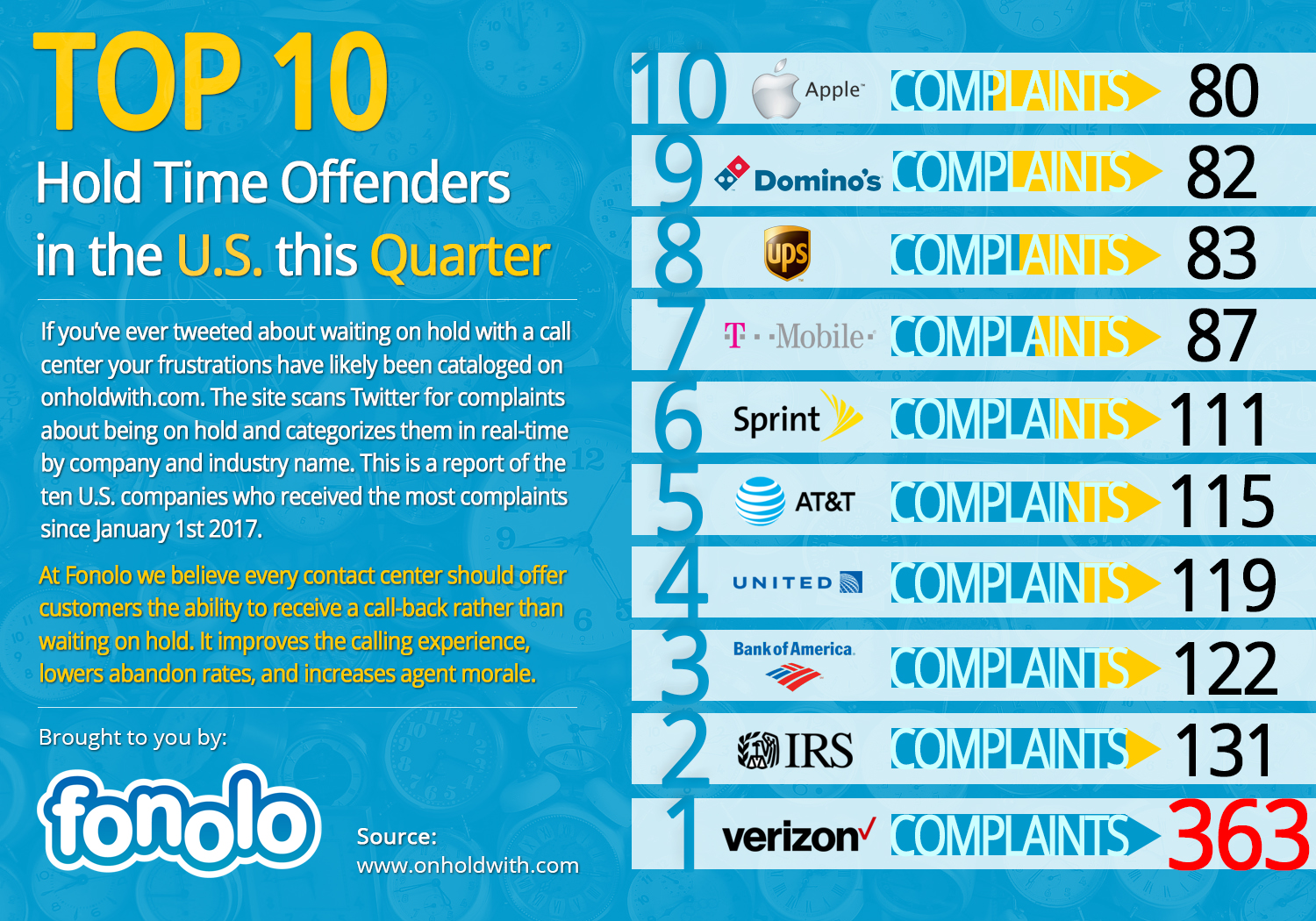